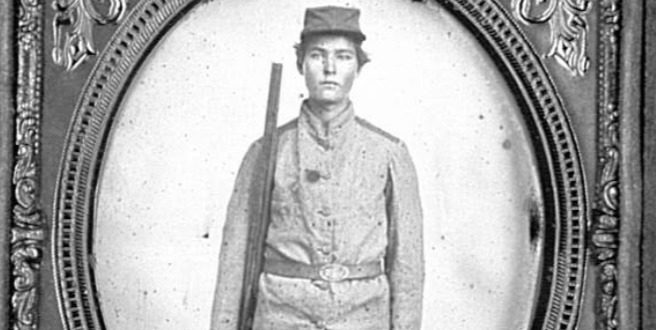 On January 10, 1861, delegates to the Florida Convention in Tallahassee voted to secede from the United States of America. The following month, Florida was one of six Deep South states to form the Confederate States of America.

The least populous state below the Mason-Dixon line, Florida played an active role in the Civil War. At least 17,000 Floridians fought in the conflict (the great majority on the Confederate side), and the state’s coastline provided safe harbor to blockade runners. Florida products—such as sugar, pork, molasses and salt—proved essential in feeding Southern soldiers.

Just a year into the conflict, Confederate forces abandoned Fort Marion in Saint Augustine. On March 11, 1862, the Union gunboat USS Wabash took the fort without firing a shot. Local officials agreed to surrender the historic city, founded by the Spanish in 1565, in an attempt to save it from destruction. The garrison, built by the Spanish and initially completed in 1695, is preserved as the Castillo de San Marcos National Monument.

Compared to many other Southern states, Florida saw little military action. Strategically important coastal cities, such as Jacksonville and Saint Augustine, switched hands between the North and South but the interior of the state remained under Confederate control. When Lee surrendered in 1865, Tallahassee was the only Southern capital east of the Mississippi that was still held by rebel forces.

Enlistment strength for the Union Army is 2,672,341 which can be broken down as:

The records of the Confederate States of America span the years 1854-1889, with the bulk of the material concentrated in the period 1861-1865, during the Civil War in America. The collection relates to the formation of the government of the Confederacy and the conduct of its internal, external, and military affairs. With few exceptions, the collection consists of official or semiofficial records generated by departments of the Confederate government and their agents. The departments of state, justice, treasury, navy, war, and the post office are represented, along with material relating to the president, congress, and constitution. The collection is arranged in eleven series.

Most numerous are the records of the Department of State (once known as the “Pickett Papers”) containing correspondence exchanged for most of the period between Secretary of State Judah P. Benjamin and departmental agents and diplomats abroad, particularly those stationed in Belgium, France, Great Britain, and Mexico. The records are supplemented by the inclusion of the James Wolcott Wadsworth Collection of similar material. Other records of the department relate to administrative and financial affairs, passports, pardons, appointments to office, applications for office, and maritime and domestic affairs of the Confederacy.

Previous THE DEATH OF CHE GUEVARA:
Next China’s PLA has infiltrated Bio research in U.S. , European Universities: Where is the Resistance?