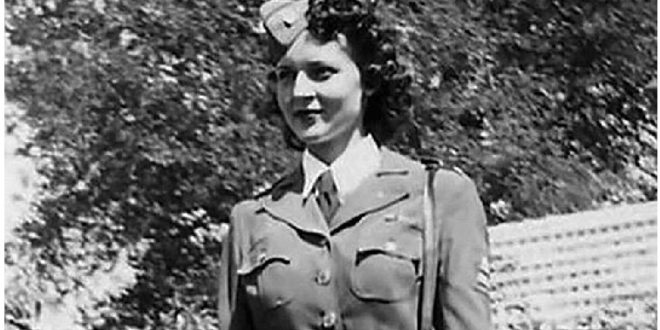 We are saddened by the passing of Betty White. Not only was she an amazing actress, she also served during WWII as a member of the American Women’s Voluntary Services. A true legend on and off the screen. U.S. Army

Betty put her career on hold when World War II broke out just a month before her 20th birthday in order to join the war effort.Betty joined American Women’s Voluntary Services (AWVS), alongside over 325,000 women to provide invaluable support for on the home front during the war.

Their contributions involved delivering messages, driving ambulances, selling war bonds, spotting aircrafts, navigation, aerial photography, fighting fires, and transportation services driving vehicles that ranged from motorcycles to ambulances to dogsleds. Betty herself was a truck driver, transporting military supplies through California and shuttling supplies to soldiers barracked in the Hollywood Hills. She also participated in events for troops before they were deployed overseas.Betty said of her wartime service, “It was a strange time and out of balance with everything.”

Betty White is famed for her role as the annoying ditz on Golden Girls. She was the last survivor,. Co Star Bea Arthur was the first woman to join the Marine Corps WWII