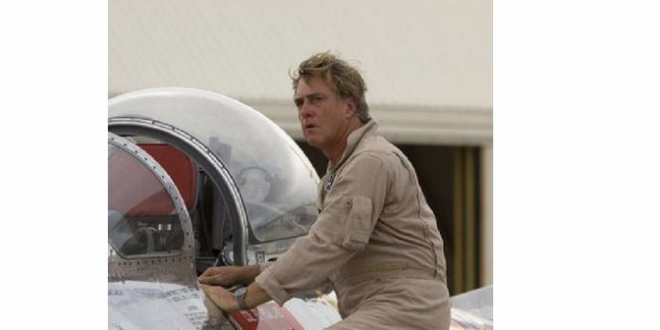 Dale Snort Snodgrass | a legendary F-14 pilot with more than 4,800 hours and 1,200 carrier landings in a Tomcat. A former Top Gun instructor, he was Fighter Pilot of the Year in 1985 Naval Institute reported

Former U.S. Navy F-14 demo pilot, Dale “Snort” Snodgrass has died in a plane crash in a single engine Marchetti SM.109 in Lewiston, Idaho. The cause of the plane crash is yet unknown. Snodgrass was a legendary F-14 pilot in the U.S. Navy and was famously photographed in a knife edge banana pass of the USS America aircraft carrier in 1988.

The aircraft caught fire just off the airport’s taxiway Charlie on landing.

His obituary: Dale attended the University of Minnesota as an NROTC Midshipman setting records as an All-American swimmer.

he completed his Navy flight training in December 1973 and was one of the first fighter pilots to fly the F-14 Tomcat. He was selected to attend and graduated from U.S. Navy Fighter Weapons School (TOPGUN) at NAS Miramar, California and then served as a weapons training officer.

As a Lieutenant (LT) he earned his Landing Signal Officer (LSO) qualification for all wing aircraft and was later selected as the Air Wing LSO for Carrier Air Wing (CVW) Eight. Then Lieutenant Commander (LCDR) Snodgrass was selected in 1983 to be the operations officer of the Atlantic Fleet adversary squadron (VF-43) at Naval Air Station Oceana in Virginia (NAS Oceana). He was selected as the 1985 Fighter Pilot of the Year and 1986 Grumman Aerospace TOPCAT of the Year. After serving as the executive officer of Fighter Squadron 101 (VF-101) in 1988, he was selected for command of Fighter Squadron 33 (VF-33. In April 1993 he began service in the Office of the Chief of Naval Operations as section head of OPNAV N88, Aviation Training Resources.

A year later he was promoted to Captain (CAPT) and selected for a major command. In April 1994 Captain Snodgrass became commodore of Strike Fighter Wing Atlantic based at NAS Oceana.

Previous The U.S. has gone soft and weak: Woke Culture and bowing down to Fauci tyranny
Next Jean-Luc Brunel, agent accused of supplying underage “models “ to Epstein found hanging in a French Slam: Ghislaine Maxwell Survives her Slam Hotel