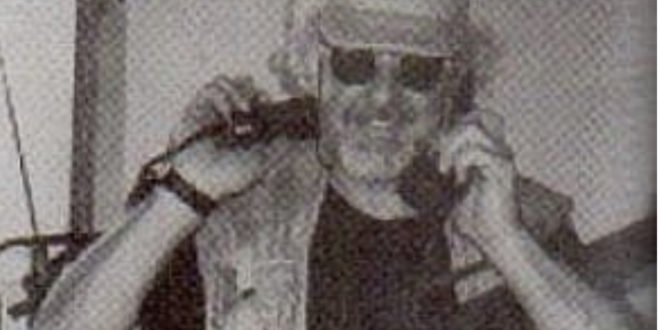 1992: Friends of the only American to be killed so far during the U.S. military relief mission to Somalia say the Fayetteville, North Carolina, man may have had covert responsibilities along with his civilian duties. Arlington Cemetery report 1992

Friends of former Green Beret Lawrence N. Freedman said Freedman had kept in touch with the Special Forces in the years since he left active duty to become a civilian employee of the Army, the Greensburg Tribune-Review reported Tuesday.

Freedman, 51, was buried at Arlington National Cemetery in Virginia following a funeral service at the Army chapel at nearby Fort Meyer.

He was killed last Wednesday near Bardera when the vehicle he was riding struck an anti-tank mine. Three State Department officials were injured.

“He was a soldier’s soldier,” said longtime friend Arthur Lacey. “He had a lot of influence over a lot of men — all positive.”

Some of those interviewed by the newspaper spoke only on the condition that they not be identified by name.

“He was always someplace where nobody knew where he was,” a childhood friend told the newspaper. “He was always in the forefront of what was happening.”

Freedman grew up in Philadelphia and at the time of his death lived near Fort Bragg, North Carolina, headquarters of Army special forces.

He enlisted in the Army on September 30, 1965, and served for 25 years, said Joyce Wiesner, a spokesman at the Army Reserve Personnel Center in St. Louis. A medical specialist, Freedman retired December 31, 1990, with the rank of sergeant major.

After participating in six campaigns in Vietnam, Freedman was stationed for several years in Okinawa, Wiesner said.

Acquaintances said Freedman was involved in intelligence work in connection with the U.S. dispute with Libya and also during the Falklands war, in which the United States backed Great Britain’s effort against Argentina.

They said Freedman was secretive about his military duties. They said they thought he was a member of the Delta Force, a rapid-deployment unit, and that he probably had covert responsibilities in Somalia.

State Department officials referred questions about Freedman to the Defense Department, which said such information could not be released without the permission of Freedman’s family, the Tribune-Review said.

Sergeant Major Freedman was not a Department of Defense employee when he was killed in Somalia in 1992, but was in fact a CIA operative.  The Department of Defense job was just his cover while inside Somalia.  His nickname was “Superjew” and he relished the moniker.  A complete story of him is in Chapter 14 of The Book Of Honor by Ted Gup.

On a tip from a CIA employee, Prof. Gup knew only that the fallen CIA operator was the first American casualty in Somalia. He followed a trail of clues through newspaper clippings, obituaries, records at Arlington National Cemetery, Mr. Freedman’s family’s rabbi, and a list of survivors, who talked about the life of the man.

“I still had not confirmed that it was Larry Freedman until I contacted his widow and learned about his involvement in the agency,” says Prof. Gup.

In some ways, Lawrence N. Freedman was an unlikely candidate for the career he chose. Born into a devoutly Jewish home in Philadelphia, he brazenly declared himself “SuperJew,” a nickname used by his colleagues in Delta Force, the elite counter-terrorist unit headquartered at Fort Bragg, N.C. His sister even made him a Superman-like cape with the Hebrew letter for “S” that he wore at parties. On Friday evenings he would sometimes say the blessing over the Sabbath candles, but he could also be as obscene and profane as anyone on base.

He was deliberately over-the-top. A notorious flirt and rogue, he tested all who came in contact with him, taking their measure and weeding out the squeamish. He was only 5-foot-9, but armored with muscle from years of pumping iron, running five miles a day and keeping his survival skills sharp. When he wasn’t on a mission he was often cruising down the highway on his Harley Davidson FXRT, 1340 cc, the fringe of his black leather jacket and chaps flying. To the outside world he might well have been mistaken for an aging truant, but many who got close enough to know him saw him as a man consumed by the military’s ideals of duty and honor. “He believed in everything we all believed in — red, white and blue, John Wayne, apple pie,” says former colleague Ron Franklin.

Freedman sought out risky assignments around the world. First it was as a Green Beret in Vietnam, where he married his first wife, a Vietnamese woman, and adopted her two children. Then it was Central America. He was there for Desert One, the aborted 1980 mission to rescue the U.S. hostages in Iran, a journey that took the lives of eight of his fellow soldiers. From 1986 until 1990, he helped train the Delta Force. Then he retired — at least that was his cover story. In fact, he signed on with the CIA’s Counter-Terrorism unit.

As a soldier, Freedman was many things — a medic, a “bomber” trained to defuse explosive devices, an intelligence officer, an expert in hand-to-hand combat, and a communications, or “commo,” man. But as a sniper he was nearly without peer. Once, remembers Gale McMillan, a maker of specialty weapons, the two of them were testing night scopes at Camp Perry. It was a night so dark it swallowed up the faces of their watches. Freedman lay down, steadied his arm on a sandbag, and fixed his scope at a target no larger than a quarter at a distance of 250 yards. He squeezed off five shots. When they examined the target they found a single ragged hole through which all five bullets had passed, McMillan says.

In 1992, Freedman sought an assignment in Operation Restore Hope, the campaign to deliver food to Somalia’s famine-stricken population and to restrain the country’s warring factions. He was a 51-year-old grandfather. Some 10 days before shipping out, he visited McMillan in Phoenix. The visit was part personal, part professional. Freedman appreciated weapons. He always carried a Colt .45, its grip customized to fit his hand, its works “tuned to combat” — retooled so the clip would feed faster. In Phoenix, he bought a tactical scope for his .308 rifle, a 10-power built to click each time he adjusted his aim for distance. The day before Freedman left, he and McMillan had a long talk. “I was telling him,” recalls McMillan, ” `Look in the mirror and see the silver in your temples. That ought to tell you it’s time to slow down and let the young guys take the risks and do the dirty work. You’ve already done everything expected of you.’ He kind of laughed and said, `If there’s any way I want to go, it’s doing it.’ “

His wife, Teresa, remembers the last phone call she got from him. “His voice was different. It was more like a real goodbye. It was more like this was a journey he was going on and he wasn’t going to be returning. I sensed the fear that possibly this time he would not be back.”

At 6 a.m. on December 23, 1992, Teresa’s doorbell rang. It was the CIA’s liaison officer at Fort Bragg. His message was stark, if incomplete: Larry had been killed the day before. Teresa screamed, then collapsed in his arms.

Only days and weeks later would she be given any details. She was told Freedman had driven over a Russian-built mine near the town of Bardera. His body had been helicoptered to the USS Tripoli, where a medical officer filled out the death certificate. The blast had caused severe head trauma, blown off his lower right leg and opened his chest. Death was “immediate.” Three men with Freedman, all listed as “State Department Security Personnel,” were also wounded. One of them died, she was later told.

A former CIA officer who worked with Freedman says that while the precise nature of his mission in Somalia was not known to him, it was essentially to perform a liaison role between the U.S. Embassy in Somalia and the U.S. military forces then arriving in the country. Freedman was part of a “pickup” team, an elite paramilitary unit whose job was to provide the agency and the resident ambassador with a stream of intelligence to guide specific military operations.

Freedman’s funeral was held at Fort Myer Chapel in Arlington. Col. Sanford Dresin, then the senior-ranking Jewish chaplain in the armed forces, gathered Freedman’s immediate family together to observe a time-honored ritual of grief — the rending of the black cloth known as keriah. But they could find no black cloth, so Dresin improvised and used black paper. Such a field expediency would have been appreciated by Freedman, he remarked.

During the service, Dresin referred to the tradition of Jewish warriors, such as the Maccabees who two millenniums earlier had valiantly struggled with the Syrians. The service was attended by family and friends, among them beefy members of Delta Force and a cadre of dark-suited men behind mirrored sunglasses, some of whom arrived by limousine. In the days after, Teresa received many expressions of condolence. One of the callers was President George Bush, who telephoned from Camp David.

To the public, Freedman was identified as a civilian employee of the Defense  Department. On a Pentagon casualty list, his name was even misspelled and he was given the wrong middle initial. Hardly anyone recognized the error, much less the man.

It took three years for the agency to send Teresa the medal and citation. With it came a letter and a warning: “Those persons who may be told of these awards will be left to your judgment; however, please do not disclose the details on which the awards were based. In addition, please do not release or cooperate in the release of any publicity concerning these awards.”

Following Freedman’s death, contributions in his honor were made to a Fort Bragg museum dedicated to special warfare, supporting construction of the “Sergeant First Class Lawrence `SuperJew’ Freedman Memorial Theater.”

Teresa retains a photograph of two Belgian paratroopers standing at an American-built bridge in Somalia near where her husband fell. Stenciled in white paint on a steel plate at the entrance to the bridge is written “Lawrence R. Freedman Bridge.” (Again the middle initial is wrong.) And at Fort Bragg, in the plaza that honors heroes of the Special Operations Command, Freedman’s name appears on a plaque, listed as a State Department casualty.

Today Freedman’s grave at Arlington National Cemetery, Section Eight, No. 10177, is marked by a jet-black tombstone. On it is the Star of David, the wings of a paratrooper, a Green Beret and an inscription: “The life of the dead is placed in the memory of the living.”