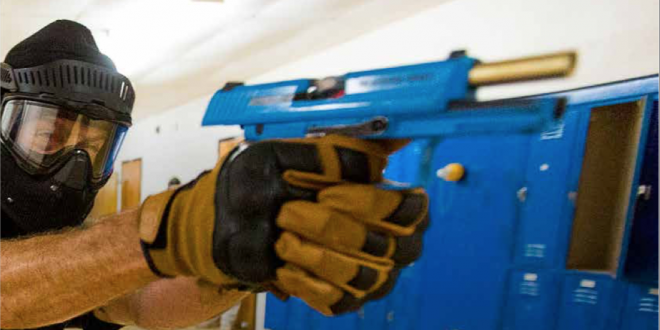 Lone Wolf Terrorists and Soft Targets: Predicting the Next Wave of Attacks

The fact that a high-profile lone wolf attack may not be based on any political or religious motive doesn’t worry some terrorist groups.

For many Americans, the events of September 11, 2001, were the first time they ever felt vulnerable to terrorism. The suicide attacks in New York, Washington, D.C., and Shanksville, Pa., left an indelible image for most people of terrorism being committed against innocent victims by large groups with seemingly unlimited resources. Yet it didn’t take long for the public, and in many cases policymakers, to realize that lone wolves can also be quite devasting in their attacks.

In the years since 9/11, there have been many spectacular terrorist incidents perpetrated by individuals not affiliated with any terrorist group. These include the 2001 anthrax letter attacks, the 2009 shootings at Fort Hood, Texas, the 2013 Boston Marathon bombing (two brothers working alone), the 2015 San Bernardino shootings (a husband and wife working alone), and the massacres of African-American churchgoers in Charleston, S.C., in 2015, gay patrons in a nightclub in Orlando, Fla., in 2016, Hispanic shoppers in El Paso, Texas, in 2019, and Asian-Americans at three spas/massage parlors in Atlanta in 2021.

Just last May, the Federal Bureau of Investigation and the Department of Homeland Security released a report stating that “the greatest terrorism threat to the Homeland we face today is posed by lone offenders, often radicalized online, who look to attack soft targets with easily accessible weapons. Many of these violent extremists are motivated and inspired by a mix of socio-political goals and personal grievances against their targets.”

There are several reasons why lone wolves present a more serious threat to the homeland than terrorist organizations. First, lone wolves are not burdened by any group decision-making processes that can sometimes stifle creativity in formulating plans and operations. They are therefore free to think up any type of scenario they want and then act upon it, since they are accountable only to themselves. Furthermore, since they are not part of a group, lone wolves will not be concerned, as would be some terrorist organizations, about alienating their supporters with a particular type of attack, such as causing too many casualties, using a weapon of mass destruction, attacking the wrong type of target, and so forth. Lone wolves will also not be concerned, as would be more traditional types of terrorist organizations, about a potential government and law enforcement crackdown following an incident that could lead to the virtual elimination of the group through arrests.

Lone wolves are also dangerous because they are unlikely to be discovered by law enforcement or intelligence agencies prior to an attack. Since they work by themselves, there will be no communications between members of a group to intercept, nor will there be any members of a group to arrest and use to gain further information. Another factor that adds to the danger of the lone wolf is that they sometimes tend to be mentally unstable, yet highly intelligent and effective in their attacks.

It is important to remember, however, that lone wolves are never truly alone. They can be inspired in many different ways, including through online posts by extremist groups such as al-Qaeda and ISIS or by interacting with others in chat rooms, message boards, and other social media tools. The days of a “pure” lone wolf such as Theodore Kaczynski, the infamous Unabomber who lived in isolation in a cabin in Montana and sent package bombs throughout the country during a 17-year period beginning in 1978, are over. The Internet has seen to that, becoming the big game-changer in the world of lone wolf terrorism.

The role of the Internet in creating and encouraging lone wolves will undoubtedly continue into the future. Al-Qaeda and ISIS have perfected the technique of reaching millions of people through the Internet. We can expect any new extremist organizations that may arise to follow suit. Terrorist groups have also proven quite savvy in exploiting any situation to their advantage. The Internet gives them the means to create their own narrative of events and reach anybody, anywhere, anytime.

A recent example of this was al-Qaeda exploiting the January 6, 2021, attack on the Capitol for its own purposes. The terrorist group encouraged those who took part in the Capitol siege to read al-Qaeda’s online English manuals that explain how to construct improvised explosive devices. Al-Qaeda also portrayed the violence at the Capitol as exposing “the fragility of the democratic system” and expressed joy at the “impending civil war” in America. ISIS, meanwhile, published a newsletter online shortly after the attack praising the rioters for breaking into the Capitol “ during a meeting of the tyrants.”

The Taliban’s victory in Afghanistan raises the specter of al-Qaeda, ISIS, or another terrorist group establishing a base of operations there. At the very least, the withdrawal of the U.S. from Afghanistan after a 20-year war and the sudden collapse of the U.S-trained Afghan security forces will be used for a long time by Islamic extremist groups worldwide to encourage lone wolves to continue the struggle against the infidels through terrorist attacks in their homelands.

The future of lone wolf terrorism in America will also see expanded efforts by federal, state, and local government agencies and community partners to prevent individuals from embarking on a path toward radicalization and extremist violence. These programs to counter radicalization and violent extremism began in 2011 but were criticized by some observers who argued that they primarily targeted Muslim communities to the exclusion of others. The recent rise in right-wing and white supremacist terrorist incidents is leading to new programs that will aim to prevent radicalization and violence among individuals attracted to these movements. A key hurdle to overcome for any countering violent extremism program, however, will be to identify the tipping points that move an individual from holding extremist views to actually following through with an attack.

Another major challenge in the years ahead will be how to deal with the most difficult lone wolves of all: those who strike without any apparent motivation. These individuals truly fly under the radar of law enforcement and intelligence agencies since they usually are not doing anything to arouse suspicions that they are intent on committing a violent attack. Under most definitions of terrorism, such individuals are not classified as “terrorists” since they do not have a political, religious, or social motive for their violence. But whether we label them as lone wolf terrorists, lone wolf offenders, or just plain “lone wolves,” their impact upon government and society can be quite profound.

For example, the worst mass shooting in U.S. history occurred in 2017 when Stephen Paddock killed 58 people at an outdoor music festival in Las Vegas. Despite over a year of investigation by the FBI, no motive was ever uncovered for the attack. Yet it led to renewed debates on gun control, questions about security against shootings, bombings, or other acts of violence at large gatherings, and a general sense of fear among the public regarding terrorism, even though it wasn’t labeled “terrorism.”

The fact that a high-profile lone wolf attack may not be based on any political or religious motive doesn’t worry some terrorist groups. They will still claim the perpetrator as one of their own to gain maximum publicity around the world. Shortly after the Las Vegas massacre, ISIS issued a press release claiming that Paddock was “a soldier of the Islamic State who carried out the attack in response to calls for targeting coalition countries.”

ISIS and al-Qaeda are part of what pioneering terrorism scholar David Rapoport has labeled the religious wave of terrorism. In 2004, he proposed one of the most famous and influential theories in terrorism research. Tracing the evolution of modern terrorism from the 1880s until the early 2000s, he argued that terrorism has appeared in four distinct waves (Anarchist, Anti-Colonial, New Left, and Religious) with one type of terrorism dominating over all others for a specific period of time. According to Rapoport, the 9/11 attacks occurred during the religious wave of terrorism, and he predicted that this wave would last until around the 2020s, when it would be replaced by another wave of terrorism, yet to be determined.

The multifaceted nature of the lone wolf threat ensures that lone wolves will be major players in the next wave of terrorism, whether that be far-right and white supremacist terrorism, cyberterrorism, or a continuation of religious terrorism. Lone wolves throughout history have cut across the political, religious, and social spectrum, and they will continue to do so for the foreseeable future.

This article first appeared on HSToday. Jeffrey D. Simon is the author of America’s Forgotten Terrorists: The Rise and Fall of the Galleanists(Lincoln, NE: Potomac Books, 2022).

Previous Blackwater Founder Erik Prince Talks About Wagner, War, and More, With Shawn Ryan
Next The Sands of Agadez: Where a Woman Knows More Than She Should About Gun Lords and Mercenaries