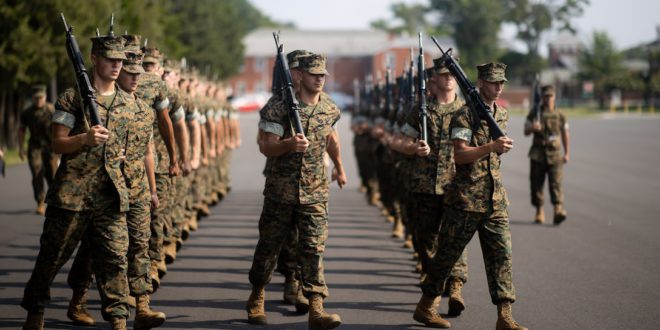 The Marine Corps Reserve will have a larger role in worldwide crisis response, according to ongoing operational planning currently underway here and at Camp Lejeune, North Carolina, between Marine Forces Reserve and II Marine Expeditionary Force.


MARFORRES and II MEF are currently involved in detailed planning teams to provide the Marine Corps with the roadmap to establish a crisis response force using the Service Retained Forces of the two commands. This effort will not only allow for the development of a crisis and contingency response force in the near-term, but will also define requirements that will inform the Reserve Force of 2030.

“As part of the Commandant’s plan for Force Design, Gen. David Berger tasked both commands last autumn to create a Crisis Response Force offering as a Marine Corps’ option to respond rapidly to crisis-type scenarios.”

The team is also examining options to keep this crisis-response force postured forward, to a degree, to serve as stand-in forces able to execute contact layer activities, contribute to integrated deterrence, engage and train with partners and allies, and respond to crisis rapidly when called upon to do so.

“As I MEF and III MEF are now tied to regional issues in the Pacific, this planning team’s work will ensure Marines are quickly on station anywhere else on the planet when needed,” said Lt. Gen. David G. Bellon, commander of MARFORRES and Marine Forces South.

In close coordination with II MEF, this initiative requires MARFORRES to organize, train, and equip its force to support II MEF with well-trained, aggressive Marines and Sailors ready to take the fight to the enemy. It may also mean changes to the Corps’ force structure to align more closely to this problem set.

These meetings are defining the service-retained box in terms of forces and capabilities to respond quickly to global crises,” Shriver said. “We are analyzing possible excesses and shortfalls to assess risk and, over a phased period of time, adjust the capability and/or capacity mix between II MEF and MARFORRES.”

In the upcoming months, MARFORRES and II MEF will support Service Level planning efforts lead by Deputy Commandant, Combat Development and Integration and Marine Forces Command to continue this work and inform Reserve Force requirements of 2030 and beyond. As a result, Reserve Marines will be afforded many opportunities for continued exceptional Service as part of a ready, relevant, and responsive Marine Corps Reserve.

“Reservists, traditionally, are a little bit more experienced and a little bit more senior,” said Lt. Col. David Girardot, a KC-130 aircraft commander with VMGR-234. “We got to bring in some of the young active-duty pilots and fly with them.”

During OAR, a team of four pilots, six enlisted air crew, and six maintainers attached to VMGR-234 conducted 11 lifts, evacuated 838 Afghans, and moved over 226,720 pounds of cargo. VMGR-234 was the last Marine transport unit to leave Afghanistan and brought back the task force commanding officer.

“It wasn’t just pilots, and it wasn’t just KC-130s” said Girardot. “This attachment was extremely successful due to the positive attitude and work ethic from all of the Marines, from top to bottom.”
Before assisting in OAR, VMGR-234’s mission was to go to Meron, Spain to support the North African Response Force (NARF). The unit was detached and sent to Camp Lemonnier in Djibouti, Africa. NARF is an Air-Ground Task Force located in northern Africa, whose mission is to provide crisis response and aviation support to conduct rapid helicopter aerial refueling throughout the region by maintaining a continuous alert posture. NARF can also deliver personnel in order to assist tactical operations.
“We had to quickly transition from NARF to OAR,” said Girado. “NARF is maintaining an alert posture while OAR is forward leaning, needing a max effort requirement to provide the flight support. The days were sometimes over 24 hours long.”