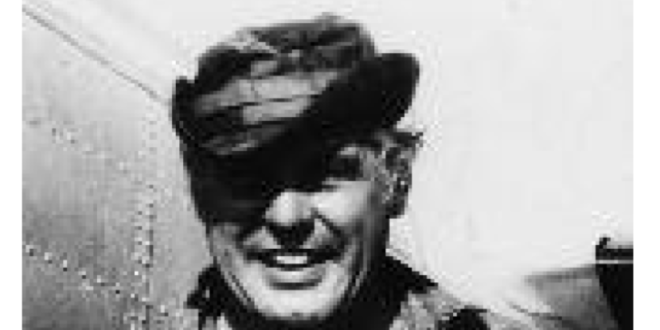 I Remember my long time friend Dr. John Peters, M.D. who traveled to a better place on 19 June 2021 in Battle Mountain, Nevada. By Robert K Brown with Vann Spencer

I first met Doctor John, or “J.P. in Peru in May l970, during recovery efforts from a massive earthquake in Peru that killed thousands.  J.P. was part of a voluntary pararescue team headed up by a well-known Soldier –of –Fortune and friend of mine, former Marine Jerry Patrick Hemming. Hemming recruited me to organize an additional team of 12 volunteers to aid the recovery efforts.

Doctor John recalls,” I was delivering a baby in Montrose, Colorado at 2 a.m.. The phone rang and a man named Jerry Hemming said the Peruvian government was requesting medical personnel with high altitude jump experience and he heard I qualified. He said it was high risk, no pay, but the coffee was great. I asked, “When do I leave?” That was typical of the good doctor.

During our recovery operations, Doc set some type of record, through no fault of his own, by catching a big thermal which kept him airborne for 12 ½ minutes when executing an incredibly hazardous jump to bring medical supplies to an isolated Indian village high in the Cordilla Blanca mountain range. For his efforts, he received a medal, “The Order of Hipolito Unanue” and Peruvian Commando Jump Wings from the Peruvian government.

That adventure lead to a long-time friendship with Doc Peters, which included his extensive involvement in SOF’s volunteer medical operations in many of the hot spots of the world to include Afghanistan, El Salvador, Guatemala, Laos, Burma, the Dominican Republic, etc.

He wrote of his medical adventures in the early issues of SOF, was SOF Editor for Para-medical Operations and Director of SOF-sponsored Refugee Relief International.

“John Peters, MD, was a volunteer for Refugee Relief International, Inc. Enduring austere conditions and often under the threat of hostile fire on the Thai-Burma border, Dr. Peters applied his surgical acumen to cases of combat wounded and land mine victims close to the fighting. He saved lives and provided humanitarian assistance in environments where others could or would not go, He provided healing and hope. His legacy lives on in the scores of refugees that he saved and treated. He will be missed,” John E. Padgett, PA-C Emeritus, PhD said.

In an interview with the Nevada News Group, 17 July 2019, when asked if there was any movie interest in his adventurous life, He said three different movie companies were interested but nothing was consummated. “All if them insisted on full control of the scripts which included making Bob Brown an antagonist. He’s always been a good friend and I’m not going to do that. So, I refused to sign a contract.”

After practicing medicine in Norwood, Colorado and Sundance, Wyoming, Doc  ended up a family medicine specialist in Battle Mountain Nevada. He retired in July 2019. He was exceptionally well-thought of in the community as evidenced by the fact that the Lander Count y Hospital District Board of Trustees named a new community health building “Th John Peters Health Services Center.”

He was also well-thought of by personnel that went on numerous overseas operations with him.

“He saved my ass in Pakistan when I had cerebral malaria when my temperature was 107, John Donovan, who joined SOF adventures frequently,” said. So many adventures and tales to tell Donavan said, “but the best story is when we jumped in Guatemala. On the 3rd jump, Doc’s helmet spun around and cut his head and hurt his back. He was sitting in jeep. I walked up and said in my vast medical opinion that it didn’t look bad and slapped him on the back. He said to me, ‘It’s not my fucking head. It’s my back you dumb bastard.’  He was not happy.”

I had recently spoken to Doc who was heavily involved in more medical research with his curious mind and thirst for knowledge. He worked until the end.

“Who the hell is it?” I fumed over the phone. I had been tossing a few down the night before and was not in a particularly good mood, especially since it was o’dark thirty.

“Brown, it’s Hemming, Gerry Hemming. I need you to recruit a team of paramedics and fly down to Peru.”

I had known Hemming, tall, half crazed and creative farfetched storyteller extraordinaire since the early ’60s, and he was always involved in some kind of bizarre scheme, mostly involving Cuban exiles, though they seldom reached fruition. My foggy mind started to brighten up a bit. “Hemming, what the hell are you talking about? It’s not even light here!” I grouched at him.

“So what am I supposed to do about an earthquake,” I grouched some more.

Hemming replied, “I’m down here with a team of paramedics and we’re going to jump into the Cordillera Blanca Mountains to aid the Indians. The roads into the AO have all been destroyed and the only way to get in is by parachute.” I said, “Yeah?” He said, “I need another 12-man team. I want you to recruit, find equipment and get them on a plane ASAP!” Hemming assured me that all expenses would be paid including, of course, roundtrip airfare, which I insisted was to be provided in advance.

Since I was footing the airfare, I figured I’d at least get a trip to Peru. At the time I felt I could use a jolt of do-gooder excitement as I had been bored since I got back from Nam. I got on the phone and started rounding up a team via the old boy net, and recruited a former SEAL, a couple of Green Beret Nam vets, a couple of Israelis, and as my XO, a highly competent Nam company commander and Special Forces A-Team leader who was my business partner in Paladin Press, Peder Lund.

I flew to LA where the team linked up and I purchased a dozen parachutes and reserves, jump suits, boots, the whole shebang. We were on a plane south in 72 hours. On arriving, we were briefed regarding the damage estimates, the terrain, and the types of medical and support problems they were having. A part of the peak of 22,000-foot Mt. Huanascan had slid down the mountainside into a canyon, hitting two cities, Jungay and Rhanrhica, with a wall of mud and water 30 feet high at an estimated speed of 248 kilometers per hour.

“Lima’s hospitals had soon been filled to overflowing,” Doctor John Peters, from a small mining town in Colorado, recalled. Doctor John, jovial, handsome, heavy set and jump-qualified, headed up the medicine men that made up the first team lead by Hemming. Sixty nations were actively participating in the relief effort.

We were all billeted in the “Hospital Obrero,” the Lima’s workers’ hospital. A huge, drab building, surrounded by a plethora of funeral parlors, did not encourage one to be treated there, so we couldn’t wait to get out in the field.

During a briefing, organizers explained we would be jumping into an unmapped area. Hemming had asked, “If we go in and helicopter operations are found to be impossible, how do we get out?” The answer was not very encouraging. A Peruvian Army general told him, “Only two possible ways,” he said. “Climb over the Andes in the middle of winter, or follow the Baranon River down to the Amazon to Iquitos.” “How far from our area to Iquitos?” someone asked.

“Seven hundred miles,” the general smiled. Seven hundred miles through some of the most primitive and remote areas in the world, down a river infested with piranhas and through jungles inhabited by hostile Indians. I asked some Peruvian commandos who were preparing to launch an operation down the Amazon from our launch-site where they were going, and their commanding officer said, “We are going down the river. There have been reports of the Indians selling human flesh in the market again.” And that disabused us of the intriguing idea of floating down the Amazon, especially since we had no small arms.

We then started running into delays in getting jump aircraft. The U.S. refused to let us jump from their C-130’s.

The Argentines offered us the use of their F-27’s, but they lost one on a supply drop in a narrow canyon. All of the crew was killed.

We finally looked to use the old C-47’s of the Peruvian Air Force, but it wasn’t till some days later we found out why they came up with excuses not to drop us. There were no maps of the mountainous area, and no emergency landing strips or areas that could serve as an emergency strip. If one of the engines went out on the creaky old beast, whoever was on board was dead. The Peruvian pilots were adamantly against flying their decrepit craft.

Finally, we contacted officials at the Moa Bay Mining Company who put pressure on the Air Force to get us planes.

We jumped in two four-man teams, along with Doc Peters and George Speakman. The last two pushed their luck as they jumped at 15,000 feet over the desolate up-mountainside town of Silhaus, 3,000 feet below, avoiding steep slopes and jagged rock outcroppings.

Peters remembered, “I would go first, with Moore following me on a second run. I would be jumping with a drop bag containing l00 pounds of medical supplies, surgical equipment, some drugs and 5,000 doses of smallpox vaccine.” “Butterflies were working overtime in my stomach. I exited the aircraft, got a good canopy and noticed I wasn’t going down,” he told us. “I felt I set a record as my chute caught a thermal for twelve and a half minutes.” The drop bag of medical supplies broke away from Doc and was stolen by some renegade Indians when it landed.

Doc Peters called in a medical and food resupply and for the next five days treated the locals until they could get evacuated by a Brazilian Huey—two at a time! Two choppers had already crashed trying to make it over the high mountain passes.

When we arrived back in Lima, representatives from all Peruvian walks of life greeted us warmly. We were driven to the Presidential Palace, where President Belasco welcomed us back, thanked us warmly for our efforts and announced we would be decorated both for valor and compassion. That afternoon, the Minister of Health awarded a medal, created especially for the group. Ironically, the American Ambassador, who had done nothing for us, showed up grinning, backslapping and posing with us for pictures. So with that we logged another adventure in our journals.

Previous ‘Angels of Bastogne’ During the Battle of the Bulge Saved the Lives of Hundreds of U.S. Soldiers
Next Flag Officers 4 America demand SECDEF Austin and the General Milley to resign