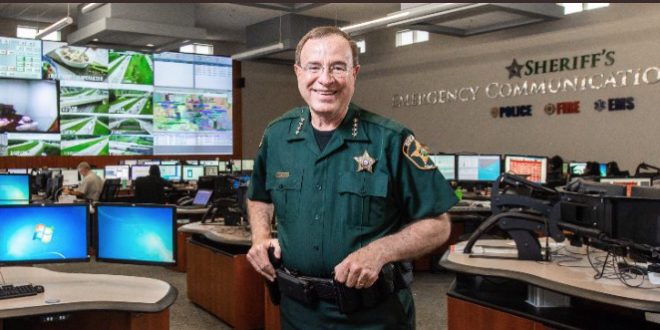 Sheriff of Polk County: Intruder lucky he is alive after homeowner shot him: Oklahoma Intruder, not so lucky, shot dead

The Oklahoma State Bureau of Investigation (OSBI) is investigating a homicide that occurred last night in Bokoshe, Oklahoma. At 11 p.m. on January 2, 2022, the Bokoshe Police Department and LeFlore County Sheriff’s Office responded to a call of a shooting on Missouri Street.

Cosgrove died at the scene.T

he homeowner, 69, was taken to the hospital to be treated for the injuries he received during the assault. He was treated and released from the hospital. The investigation is ongoing and no arrests have been made.

Late December Polk County Sheriff’s Office detectives are investigating the shooting of a man who broke into the backdoor of a north Lakeland home. The intruder was shot by a resident of the home. The shooting occurred yesterday, December 15th at approximately 12:50 p.m. at a residence located near Gibsonia-Galloway Road.

According to the homeowner, a man later identified as 42-year-old Steven Stillwell of Lakeland, threw a flower pot through the glass back door and forced his way into the residence. The homeowner shot the man three times with a legally owned firearm. The homeowner does not know Stillwell.

When deputies arrived, the homeowner immediately turned his firearm over and directed them to the suspect, who was lying on the floor of the living room of the home. Deputies began providing first aid, then Polk County Fire Rescue transported him to a local hospital. He is currently receiving care in the hospital and is in critical, stable condition.

Detectives found a shotgun belonging to Stillwell in the backyard and accessed video from the residence that showed Stillwell running from a gate in the backyard to and inside the attached back porch area of the home. Detectives noted a set of French glass doors leading into the living room from the back porch. One of the doors was shattered; the damage indicated that the door was broken from outside (the porch). Evidence at the scene shows that Stillwell was shot inside the home.

“The castle doctrine is very clear in Florida law. A person’s home is his refuge. The evidence in this case at this point indicates that the suspect illegally forced his way into the home. The homeowner did exactly what he had a right to do. I commend him for protecting himself and defending his home.” –Grady Judd, Sheriff

The shooting is currently under investigation. Criminal charges are pending against Stillwell.

Stillwell has an extensive criminal arrest history of 14 felonies, 5 misdemeanors, and 11 re-arrest charges (VOP, etc.) including: multiple burglaries and larcenies, DUI, multiple violations of probation, drug possession, possession of drug paraphernalia, possession of a weapon/ammunition by a convicted felon, dealing in stolen property, and fraud.

A colorful and gutsy Sheriff he is.

Polk County Sheriff’s Office detectives are searching for a suspect who forced his way into the home of a Lakeland family and stole Christmas presents and other items.

According to the initial investigation, the victim left her home early on Monday, December 20, 2021 to meet family members for breakfast. When she returned home around 11:30 a.m., she found her front door forced open and her home ransacked. She also discovered all the wrapped Christmas presents were missing, as well as a company laptop and a flat screen television.

The victim called PCSO immediately to report the burglary, and detectives were able to capture images of the suspect from the home surveillance system.

The suspect may be driving a 2019 or newer dark colored 4-door Chevrolet Malibu.

“This Grinch needs to be caught and held accountable for his criminal actions. Thankfully, detectives are working with Polk Sheriff’s Charities to ensure these children have a Merry Christmas in spite of this horrible act. Please contact our detectives with any information about this burglary, or call Heartland Crime Stoppers at 1-800-226-TIPS to remain anonymous.”– Grady Judd, Sheriff

APRIL 2021 Polk County Sheriff Grady Judd said, “I applaud House Speaker Sprowls, Senate President Simpson, and Governor DeSantis for their leadership to keep Floridians and visitors to Florida safe by passing this important legislation. Nothing else matters if you and your children aren’t safe. This law represents Florida’s commitment to public order and creating a safe place for people to express their constitutional right to free speech.” Sheriff Judd said of the new riot bill, the Combating Disorder Act.

Statements he made earlier had some onlookers in stitches, while others feigning being offended went off on the impropriety of a sheriff telling anyone how to vote and other insipid comments.

A reporter questioned why Polk Sheriff SWAT
shot 68 times a killer suspect who shot and killed a Deputy and his K-9 in cold blood.
…..
“That’s all the bullets we had!”, answered Sheriff Grady Judd.

“Forcing your way into an occupied residence is a bold and foolish decision.
If you are foolish enough to break into someone’s home,
you can expect to be shot in Polk County!”

The Way it used to be: