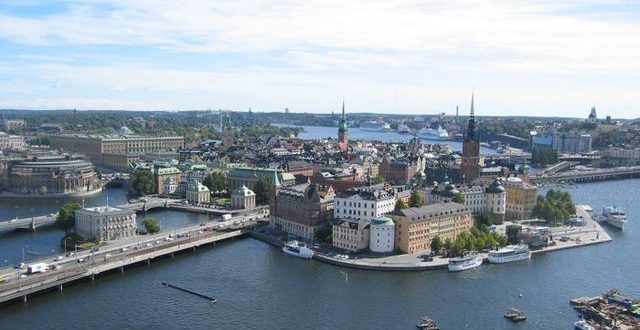 It was back in 2016. I was at home in Los Angeles when I got a call from my agent in Stockholm.

“I have a project but nobody here in Sweden wants to touch it. Maybe you could take a look?”

I suppose I was known as the maverick of writers-for-hire. I usually needed money – LA  was expensive. Mind you: this was when you could still go outside without stepping in human feces or risk being macheted by a tweaker down the street. And I was always curious about people, no matter their walk of life. But most importantly, I wasn’t a politically correct Leftist as were most of my Swedish colleagues. I was open to pretty much anything, with certain limitations. Pro sports, memoirs for wealthy individuals, finance books, self-development. But I stayed away from custody battles and similar topics, as well as drug lords and other types that could potentially give me way more insight into affairs where I’d become a liability.

“The guy is a soldier,” my agent said. “I suppose he’s some kind of mercenary. He lives in Iraq. And he’s written a war journal. Notes. See if you can make any sense of it.”

My only military experience was an embarrassingly brief stint in the Swedish Army after high school. I didn’t like the apparent conditioning, the insults from the instructors, the regimented days and nights. I was fiercely allergic to authority. I wonder if I can still strip an AK-5 in 20 seconds?

Anyway, I started to look at the notes. It was fascinating and quite rare, at least from a Swedish perspective. They were written in what I would call military staccato. Lots of short but concise information. “Affirmative”; “ten o’clock”; “three mikes”; “incoming”; and finally one expression that came to be the title of Axel’s first book: Kontakt! – as in the Swedish word for “contact with the enemy.”

I realized that this would be a controversial project. Sweden, supposedly the “nicest” country on Earth. Where our involvement in conflicts, not to mention the centuries-old and extremely profitable tradition of designing sophisticated weaponry, was something of a blank spot in most Swedes’ minds. And here we had a story about a Swedish elite special operator in our most secretive unit resigning his commission to become a mercenary in Iraq? Wow.

I agreed to take on the project. My agent was happy, or perhaps relieved. But it all wasn’t that simple; he said that the client wanted to meet me in person in order to “properly evaluate” me. This meeting would take place in Sweden. So, I got on a plane. After an uneventful but long trip, I checked into a small hotel in one of Sweden’s major cities.

Axel (I’m using his pseudonym here for security reasons) didn’t look at all like I had imagined. He was average height, average but athletic build. Absent was the contractor beard and the leisure-tactical clothing. Blonde hair, blue eyes that seemed to constantly scan his surroundings. He was dressed in slacks, a blue button-down shirt and a nice jacket. When he sat down across from me to have lunch, I realized that he could pass for an accountant or perhaps a sales executive at a technology company. Yet he was one of Sweden’s most lethal special operators.

After a quick greeting, we started digging into the mediocre hotel buffet and he asked me a few questions. He studied me closely as I answered. I had to fess up about my failed military service. After the meal, Axel leaned back for a moment and looked up at the ceiling. Then he slammed his fist down on the table.

“All right. Now, are you ready for the real test? Let’s see if you can hold your liquor.”

The real test turned out to be an extended bar crawl through his favorite haunts. I dare to say that I passed with flying colors. Lots of experience in that department. The rest is, of course, confidential.

The next morning, way too early, Axel called. It was time to get to work. He invited me to his place, that he kept for whenever he was in Sweden. With a healthy dose of scotch in “Who Dares Wins” tumblers, we started strategizing and plan out the book. The wall in the living room was full of plaques and crests. I couldn’t help but stare at them.

The plaques and crests were commemorating Axel’s various military engagements and operations and had the insignia of elite units from around the word. Seal Team 6, SAS, SBS… Some German and French units that I’ve never heard of. I pointed to one and asked him about it. He just smiled at me and shook his head.

That’s the way Axel was. Throughout the years we knew each other, he never swayed from the script. Of course, I pried a bit – but it was pointless. Axel took his oath of secrecy seriously. And no amount of beer or scotch could change that. It was locked in the vault.

The book Kontakt! stirred up quite a bit of controversy in Sweden when it was published in 2017. One of the largest tabloids, Expressen, brought out the big headlines: “Swedish Commando Shot Terrorist in the Head” and so on. It was great for sales, of course. And who knows what was fact or fiction? I’m not even sure myself. Axel was, in many ways, an enigma. But we were both proud of what we’d accomplished, and so was the publisher.

After nine years with elite unit SSG (Särskilda skyddsgruppen), Axel had been placed on desk duty in the Swedish version of the Pentagon. He didn’t like it very much. He needed action. So, in 2005, he resigned his commission and went to work for Aegis running convoys in Baghdad. After a few years, he transferred to Iraqi Kurdistan. Axel formed a very close relationship with the Kurds, who rewarded him with the rank of Lieutenant Colonel in the KRG’s intelligence service, the Assayish.

Axel and I became good friends and kept in touch via phone and messages. He wasn’t someone to talk about feelings. But I knew that sometimes, he suffered a lot. He would call and throw out his typical staccato. “It’s been bloody.” And then I would just stay on the phone with him. After a while he would gather himself and we’d talk about the sailing boat that he dreamed of taking around the world. Sometime in the future. When it was all over and done and he could rest and retire.

We wrote a second book, about the battle against ISIS for Mosul. Axel was on the ground, working with the coalition JTAC teams and coordinating Western forces with the Peshmerga. The book didn’t sell as much – people’s attention span is, as we all know, very short, and ISIS wasn’t trending anymore with their macabre videos of beheadings and other medieval terror techniques. Axel was disappointed. But we kept discussing different ideas for new books.

Then, the Floyd riots, the COVID thing and the contested U.S. presidential election happened. I felt that something was deeply wrong. At first, it was the media coverage that bothered me. Having grown up in the newsroom and working in this field for over 20 years, my gut told me that we were looking at propaganda – not journalism. Something was very different. So I started researching and connecting some dots. And I wrote about it.

“Do you realize what’s going on?” I asked him.

There was something resigned in his voice.

“Listen to me. You have to stop writing now. Or someone like me is going to pay you a visit. And then it’s game over.”

A few days later, all my devices were hacked by mil-grade malware and our house was broken into. The alarm system servers had been pointed to Ukraine. A Naval Intelligence friend ran my information and said that I was on a list called “TLP Red”. Some other things happened, of which I won’t go into here and now. I took my writings down and canceled Twitter. Hoping to be left alone.

Axel and I kept in touch, but not as often as before. Maybe we both felt like writing more books would be pointless in the current environment. I remember he called once and asked me how things were going. Was I making any money? No. He tried to encourage me, threw out some ideas. But I wasn’t in that space. I was disappointed and pissed off about the state of journalism and the world in general. Axel didn’t want to hear it. “Drive on,” he said.

A few months went by. I tried to reach Axel through various channels. Emails, phone calls, messages. Nothing.

Then I found out what had happened. In early January, Axel had come home after a round of golf. He had told his girlfriend that he was taking a nap and had peacefully fallen asleep on the couch. But Axel never woke up again. An unexpectedly tranquil ending to the warrior that he was.

Axel, thanks for your friendship and for the heads up. Until Valhalla, brother!

Jonas Vesterberg is editor of The Florida Standard.

Previous Strikes on Kyiv Are Retaliation for Bridge Explosion, Putin Says
Next The Second Battle of Fallujah: American Forces at War Inside a Hotbed of Insurgency