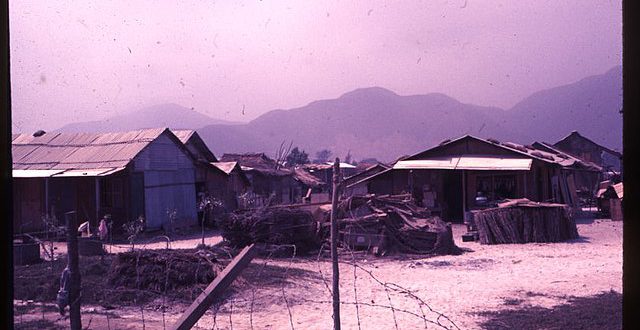 One of the darkest days in Special Forces history occurred on a summer morning in 1968 in Vietnam. In the early hours of Aug. 23, the Da Nang MACVSOG camp known as FOB4 was attacked by approximately 167 soldiers from the combined units of the 22nd VC Sapper Battalion and members from the 23rd NVA Regiment operating in the local area. They managed to infiltrate from the seaside (East) and from the Village side (South) at the base of Marble Mountain. They met at the Vietnamese mess hall to receive their final instructions from the cook, who was a VC colonel.

By design or luck, RT-Rattler was on top of Marble Mountain. At the same time, SFCs Cecil Ames and Larry Trimble were monitoring the observation post. At approximately 0215, an enemy recoilless rifle destroyed the adjoining Marine outpost known as Little Marble. That was the signal for the attack.

In groups of twos, the enemy roamed at will throughout the camp, throwing satchel charges and grenades into the various barracks, killing many Americans as they slept. They succeeded in blowing up the senior NCO barracks, various recon hooches, and the old TOC causing the first of many American casualties. An attempt to blow up the new concrete TOC was prevented by a lone communications sergeant. The main supply depot was blown up when the fire reached the LP canisters. Now, it was raining 82mm mortar fire from an unknown position. Confusion, chaos, and the unseen enemy ruled the first part of the night. A group of VC/NVA attempted to blow up the motor pool but were stopped in their tracks by a Filipino civilian and motor pool sergeant.

On top of Marble Mountain, SFC Trimble destroyed the two mortar positions and repelled two major ground assaults, thus preventing the enemy from achieving the high ground. Had the enemy taken the high ground, the casualties at the camp would have been higher. SFC Trimble stayed at his post for another two days monitoring and repelling minor attacks on the mountain.

It was now for the young NCOs and Officers, independently of each other, to take back the camp. Documented and undocumented feats of leadership and bravery were the common bond of the American Warriors who now flexed their steel against the enemy.

Now, as the morning sun rose over the eastern sky, we took count of the devastation. The number of burnt buildings, both friendly and enemy bodies throughout the camp, and the distinct smell of death permeated the camp.

In total, we lost 16 American KIA, 40 Vietnamese KIA, and a combined total of 74 WIA. There were drag marks and blood trails throughout the camp. At first count, there were 38 enemies KIA, later we found three more in the afternoon. A few days later, after the bodies had percolated a bit, they found another seven hastily buried by the south fence. The Marines report 21 freshly dug graves near the Marble Mountain village bringing a total of approximately 65 NVA/VC killed that night. We have no way of confirming this total as the enemy would fudge their numbers. After the war, we found NVA documentation stating that they killed over 500 Americans in the Aug. 23, 1968 battle.

On each anniversary, we, the survivors, take pause and toast our fallen Brothers – Meet you at the rally point.

Former Green Beret Gene Pugh served with MACV-SOG in Vietnam. He is the author of Surrender Not an Option.

Previous Build a Fire With Twigs and Branches
Next Shot in Belly, Courageous Officer Ashley Ferris Returned Fire Against Murderer