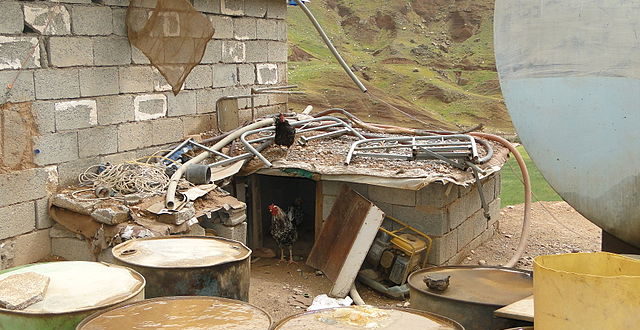 The strikes took place amid protests that erupted nearly two weeks ago in Iran over the death of Mahsa Amini, 22, who died on September 16 three days after being detained in Tehran by the morality police for allegedly breaching Iran’s strict rules on head scarves.

The wave of protests and a crackdown that followed have left scores of demonstrators dead over the past 12 nights.

The IRGC has accused Iraq-based Kurdish groups of “attacking and infiltrating Iran to sow insecurity and riots and spread unrest.”

IRNA said the IRGC targeted bases of a separatist group in the north of Iraq with “precision missiles” and “suicide drones.”

“Some of the wounded are in critical condition and the death toll could rise,” Barazanchi said in a statement.

The attacks targeted the political offices of Kurdish parties as well as the Iranian Kurdish refugee camp.

A senior member of Komala, an exiled Iranian Kurdish opposition party, told Reuters that several of their offices were struck.

Tariq Haidari, the mayor of the Iraqi Kurdish city of Koye, told Reuters that two people, including a pregnant woman, were killed and 12 wounded. Some of the wounded were rushed in critical condition to hospital in Irbil, he said.

The UN mission in Iraq deplored the attack, saying “rocket diplomacy is a reckless act with devastating consequences,” and the U.S. State Department called the Iranian attacks an “unjustified violation of Iraqi sovereignty and territorial integrity.”

The IRGC in the last few days has repeatedly attacked areas in Iraqi Kurdistan. The IRGC said in a statement that it will continue to target “terrorists” in the region.

“This operation will continue with our full determination until the threat is effectively repelled, the bases of terrorist groups are dismantled, and the authorities of the Kurdistan Region assume their obligations and responsibilities,” the IRGC said in its statement.

Widespread protests took place for a 12th straight night in Iran on September 27, according to opposition media based outside Iran.

The protests started in Amini’s hometown of Saghez in Iran’s Kurdistan region and spread to dozens of cities and towns across Iran.

The police command was quoted by the Fars news agency as saying that Iran’s enemies and some rioters “seek to disrupt the order, security, and comfort of the nation using any pretext.”

It said police officers will oppose “with all their might the conspiracies of counterrevolutionaries and hostile elements, and deal firmly with those who disrupt public order and security anywhere in the country.”

The statement came only hours after the UN said its Secretary-General, Antonio Guterres called on Iranian President Ebrahim Raisi not to use “disproportionate force” against protesters.

Raisi planned a television address to talk about domestic and foreign issues facing the country later on September 28, ISNA said.

Officials say 60 people have died during the protests, but the group Iran Human Rights says at least 76 people have been killed. As of September 26, more than 1,200 people had been arrested, including of activists, lawyers, and journalists. 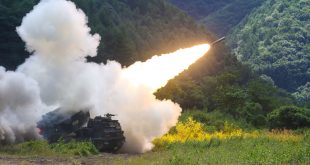