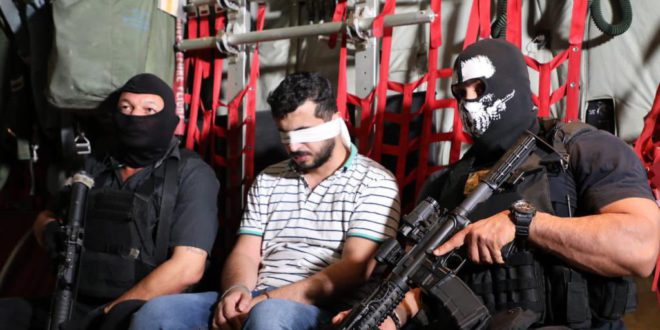 After relying on God and under the supervision and follow-up of the Commander-in-Chief of the Armed Forces, Mr. Mustafa Al-Kazemi @MAKadhimi The heroes in the National Intelligence Service managed, through a heroic and complex intelligence operation, to arrest the accused (Ghazwan Al-Zoba’i), nicknamed (Abu Ubaidah Baghdad) in one of the countries. Iraq MOD

the Karada bombing that killed 250 and wounded 200 was the deadliest bombing since the beginning of the war.

More than five years after the Karrada bombing, which broke the hearts of Iraqis, our heroic forces, after a complex intelligence pursuit outside Iraq, succeeded in arresting the terrorist Ghazwan al-Zawba’i, nicknamed (Abu Ubaida Baghdad), responsible for this crime and other crimes, Prime Minister of Iraq reported.

Bringing those complicit in the shedding of our people’s blood is a national duty. We have commissioned a design contest for a memorial for the victims of the Karada bombing. This will be a part of our remembrance of all Iraqi victims the Prime Minister said.

Video / Confessions of the terrorist Ghazwan Al-Zobai, nicknamed (Abu Obeida Baghdad), who is directly responsible for the Karrada bombings in 2016, and a number of other terrorist crimes. He was arrested in a qualitative intelligence operation outside Iraq.

Previous The Warriors of Desert Storm
Next Legionnaire, OSS Officer, US Marine and Hollywood Heartthrob