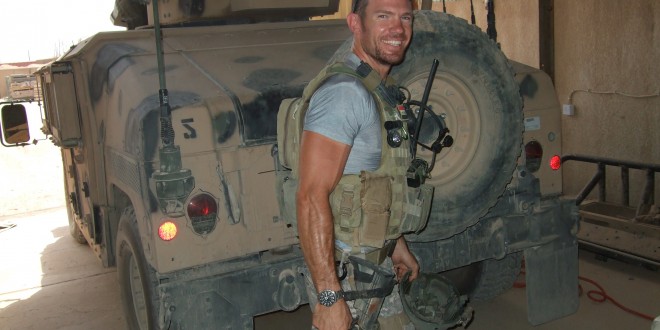 NATE BOYER: FROM AFGHAN FIRE FIGHTS TO THE NFL?

Nate Boyer exhibited typical Special Forces resourcefulness when he decided at an advanced age to walk on and play college football for the Texas Longhorns. He also was unique in spending a summer while in college in Afghanistan wearing a Green Beret.

Boyer and the NFL
SOF: Is there a specific National Football League team you would like to play for?
N.B: I would gladly play for any team in the NFL. I grew up a 49ers fan, but I’ve been to most cities that have an NFL team. Can’t think of one place where I wouldn’t love to compete. I didn’t grow up a Texas fan either, and look how that turned out.

SOF: How did you decide on being a long-snapper?
N.B: I walked on the team as a wide receiver but quickly moved to safety. The fact that I’d never played football before in my life made it difficult to get on the field and see any meaningful playing time. I was on kickoff coverage for one game my freshman year but I wanted to be a starter, so I just taught myself to snap and won the job the next season.

SOF: What about playing football is similar to going on a deployment with Special Forces? What is different?
N.B: Football is nothing like war or combat. Anyone who tells you otherwise hasn’t been in a firefight. However, the brotherhoods you form and the discipline necessary to be successful at the highest level are very similar in both endeavors. You literally fight, or play, for the men on your right and left. When it becomes more about yourself and not the team, that’s when adversity can overrun you and those around you.

SOF: How long would you like to play in the NFL?
N.B: I’m in the best shape of my life; if I were given the opportunity to compete, I could see myself playing in the NFL for a very long time. Despite my age, I know that I have the potential for a different type of longevity than most.

Afghan Firefights
SOF: Having played alongside football players, including NFL prospects, do you think that the Army’s weight-control standards should be altered?
N.B: I served with some pretty big guys in the Special Forces that could run and ruck march as fast as anyone, and always found it hilarious that many of them did not pass the Army’s height/ weight standards. In my opinion, if your physical condition isn’t hindered by your size, then it should not be a factor. That being said, most NFL prospects could not do what we do as soldiers. A different type of mental and physical conditioning goes along with being an operator.

SOF: How did you choose to serve with the Army Special Forces over other branches of service?
N.B: I came into the Army as an 18X-Ray, which meant I would have the opportunity to attempt Special Forces Assessment and Selection immediately after basic combat training and airborne school. I enlisted to serve in the Special Forces because I wanted to work with the indigenous people of whatever country we were aiding. The SF motto is De Oppresso Liber –To Free the Oppressed, and that’s what the Green Beret ultimately stands for to me; fighting for people who can’t fight for themselves.

SOF: Could you describe the incident in which you earned the Bronze Star?
N.B: I’d rather not talk about that, to be honest; I never fought for the ribbons, medals or awards. A lot of that stuff is political and I personally don’t care for it. I will tell you that in as many firefights as I have been in, I’ve done nothing that the men fighting alongside me wouldn’t do. I’m not a hero, I’m a soldier. I love my country, but I also take pride in the fact that we fight for others. That’s what makes our military great.

SOF: Can you describe what you would carry on a typical mission or patrol?
N.B: I personally preferred to carry an HK416 and a Glock 9. Both are lightweight, plus easy to maintain and clean. I’m not a gear guy, so as far as kit goes, I have always been a minimalist. I only carry on mission what I absolutely need. I prefer to be lightweight and sleek sp as to not hinder my movement. 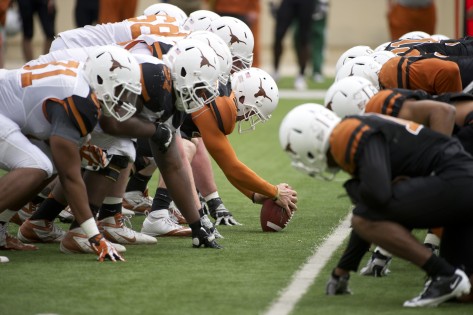 SOF. The Army is considering a new program to replace the M9. As an operator, what would you like to see in a new pistol based on your experience?
N.B. Yeah, I think at least in the SF community that the Glock (or something similar) is the best way to go. Countless other guys and I prefer something with a single action, and that is lighter weight than the Beretta.

Other Questions
SOF. What are your plans for after college football?
N.B. Currently I’m living in Los Angeles and interning at Peter Berg’s (director of Lone Survivor) production company called Film 44. I am also training in hopes that I get a shot at the NFL. I work out every morning before I head to my internship. As far as the future after that—it’s a work in progress. If I try and plan too much stuff out down the road, it gets in the way of being the best at what I’m doing right now.

SOF. A while back, an all-pro linebacker said he would hide the fact he had a concussion from team trainers, and a college quarterback recently admitted he did not report two concussions to team medical staffers. What are your thoughts on those admissions, given that traumatic brain injury is an issue that has affected not only some veterans but also some football players? Do you think a Special Forces soldier would or should hide a concussion from medics? What should a teammate do if he suspects that is happening?
N.B. I don’t think anyone should ever hide something like that for any reason, and here’s why: you could be hurting the team around you. Sure, no one wants to come out of the game, or be taken off a mission because of an injury. But if it could mean that you are putting someone else’s life in danger, than that’s just selfish. You also could do further damage to yourself if you don’t get it treated. Believe me, I know that’s a hard thing to do. I’m as competitive and prideful (to a fault) as anyone. But it has to be about the men you are fighting with and not yourself.

Previous The Bridge on the River Kwai William Holden: Military Service
Next The Reaper: The 3rd Ranger Bn’s Deadliest Sniper