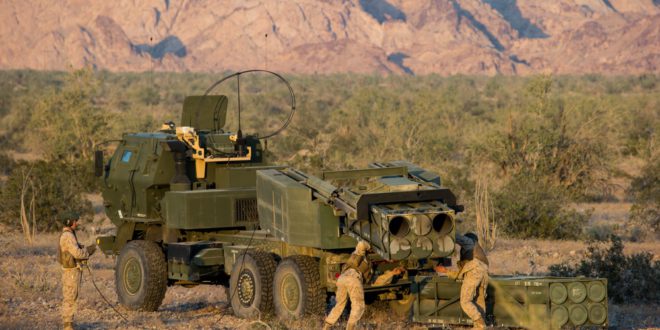 The United States will send more long-range multiple-launch rocket systems to Ukraine as Kyiv’s forces prepare for a slow Russian advance to grab more territory in the eastern Donbas region.

The U.S. weapons package, announced on July 8, will include four High Mobility Artillery Rocket Systems, known as HIMARS, bringing to 12 the total number of these systems sent to Ukraine since last month.

The announcement came after Russia’s top diplomat clashed with his Western counterparts at a G20 meeting in Bali, Indonesia, and after Russian President Vladimir Putin said that continued sanctions against Russia could lead to catastrophic energy price increases for European households.

Russia’s ambassador to Britain, meanwhile, painted a bleak prospect for the war ending soon, predicting Russian troops would capture the rest of the Donbas in eastern Ukraine and were unlikely to withdraw from land across the southern coast.

Ukraine would eventually have to strike a peace deal or “continue slipping down this hill” to ruin, Ambassador Andrei Kelin told Reuters in London.

Russia is likely concentrating its equipment in the direction of Siversk, about 8 kilometers west of the current front line, Britain’s Defense Ministry said.

Russian forces are likely pausing now to replenish before undertaking new offensive operations in the Donetsk region, while Ukrainian troops were preparing to push back another assault, the ministry said.

On the Donbas front lines, the Ukrainian military reported Russian shelling of towns and villages ahead of an anticipated push for more territory.

Civilian and military infrastructure was hit in towns near Kramatorsk in the Donetsk region, while shelling continued along the contact line in eastern Ukraine, a report from the Ukrainian military’s General Staff said on July 8.

Previous Arizona Border Recon: Cartel on the Hilltop
Next Psychedelic Therapy: These Combat Veterans Say it Turned Their Lives Around