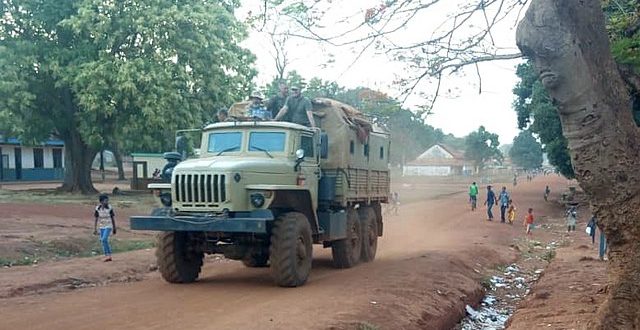 Russian businessman Yevgeny Prigozhin, a close associate of President Vladimir Putin, has admitted he founded the private paramilitary Vagner group after years of denying any links to the mercenaries who have been involved in the ongoing war in Ukraine, as well as conflicts in Syria and Africa.

In response to a question asked by a journalist from the Bloknot online newspaper, Prigozhin said in a statement posted on September 26 to a VKontakte account belonging to his Konkord company that he himself created the paramilitary private group in 2014 on “a military test field” after he realized that military formations that planned to take part in the war in Ukraine’s eastern regions of Donetsk and Luhansk were poorly prepared and unprofessional.

Prigozhin, known as “Putin’s chef” due to his Kremlin catering contracts, has already been sanctioned by the United States and European Union for his role in Vagner.

The Kremlin has denied any ties with the Vagner group as Russian laws do not allow creation of such kind of paramilitary groups.

Prigozhin said he avoided admitting to his links to Vagner so as “not to put these guys who are the foundation of Russian patriotism under fire.”

According to Prigozhin, Vagner troops took over an airport and many other territories in Ukraine’s Luhansk region in 2014. He called the paramilitary group “heroes who defended the people of Syria and other Arabic nations, poor people in Africa and Latin America.”

Prigozhin has launched lawsuits against several journalists who reported that he was behind the Vagner group.

In August, Moscow’s Presnensky district court recognized as false a statement by Aleksei Venediktov, the former chief editor of the now defunct Ekho Moskvy independent radio station, after he said that Prigozhin was the owner of Vagner.

In July, Prigozhin sued investigative journalist Lilia Yapparova and the editorial director of Latvia-based media outlet Meduza, Tatyana Yershova, after the journalists had sent a query to Prigozhin asking him to comment on allegations that he is the owner of the Vagner group.

Recent media reports have said that Prigozhin and his group were involved in recruiting inmates across the country to assist in Russia’s ongoing unprovoked invasion of Ukraine.

Earlier this month, a video circulated on the Internet showing a person looking like Prigozhin talking to a large group of inmates in a penal colony in Russia’s Mari El Republic during a recruiting trip for the paramilitary group.

Commenting on the video at the time, Prigozhin did not confirm or deny that he was the man in the video, saying only that “either inmates, or your children,” will fight in Ukraine.

Prigozhin’s admission comes less than a week after Putin announced a partial mobilization in the country, a move that prompted protests across Russia and a mass exodus of men who feared they may be called up for duty.