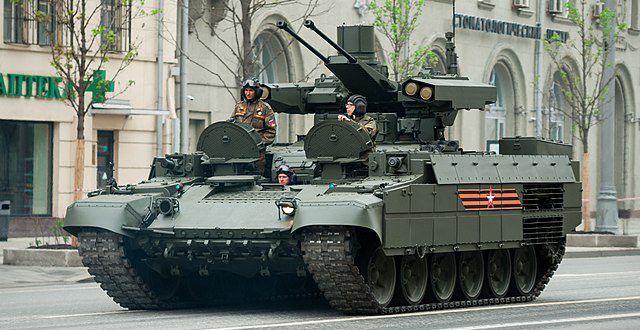 Russia’s Unique BMPT ‘Terminator’ Armored Vehicle Operating in Donbas: Here’s What It Can Do

Russian forces in Donbas are using a unique and relatively new armored vehicle known as the “Terminator.” Moscow mentioned the BMPT vehicles on May 18, via the state-owned Ria Novosti news outlet, bolstering earlier informal reports from citizens and journalists downrange.

The vehicle can support urban warfare while firing at multiple targets simultaneously. It sprang from Russia’s experiences in the Soviet-Afghan War, and from the First Chechen War.

During the 1994-94 battle for Grozny in Chechnya, urban warfare proved the undoing of Russian main battle tanks. Chechen fighters easily lobbed grenades toward tanks that could not maneuver their big guns up nor down at angles to fight back.

The first Terminators were built on the chassis of T-72 main battle tanks. A later version was based on components of the T-14 Armata tank. The Terminator features an array of weapons that can include four 9M120 Ataka missile launchers, two 30mm 2A42 autocannons, two AG-17D grenade launchers, and one 7.62mm PKTM machine gun.

The vehicle can reach 60 km/h over highways, and has a cruising range of 550 km with external fuel tanks. Like the T-72, the transmission is manual, with seven gears for forward and one gear for reverse. It can cross water obstacles at up to 1.8 m, and when using a snorkel kit, can forge rivers up to five meters in depth.

The manufacturer, Uralvagonzavod, geared up to produce Terminators for domestic and export use – including to Algeria, Azerbaijan, Kazakhstan, and Peru. Production of the BMPT and other tanks halted, however, in the wake of Western sanctions that were imposed in response to Russia’s 2022 assault on Ukraine.

Any BMT’s lost to combat would not soon be replaced, experts said.

That applies to Russian armor across the board, according to one U.S. official.

“Russia today has far fewer tanks than they had going into this invasion, and they can’t make more because of the action that we’re taking with sanctions,” Deputy Secretary of the Treasury Wally Adeyemo said.

Russian President Vladimir Putin launched the invasion on Feb. 24, in what he claimed would be a quick and conclusive “special operation.”

Previous The Dangers of Being a Cartel Prison Snitch: ‘There’s Nothing Worse Than a Rat’
Next Hijack and Murder on the High Seas: The Very Strange Case of a Captured Oil Tanker 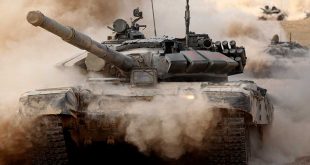 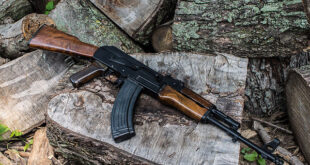 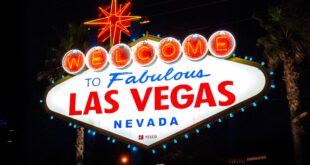