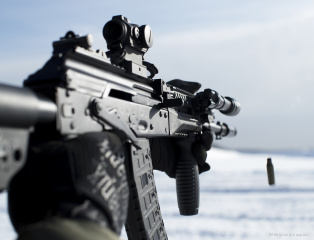 Russian troops have been training with the new AK-12, the latest iteration of the AK-47 combat rifle.

But how is the weapon different?

Jonathan Ferguson, the Keeper of Firearms and Artillery for the UK’s Royal Armouries Museum, said the new rifle is capable of fitting a lot more attachments. But it also has a two-burst round system, which could cause problems on the battlefield. Here’s a look inside the new weapon.