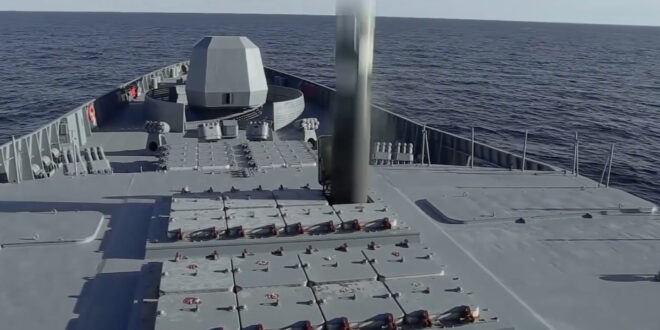 Russia’s Zircon Missiles: Here’s What They Can Do

Russian President Vladimir Putin claimed last week that he sent a frigate to the Atlantic Ocean armed with new generation hypersonic cruise missiles. The bellicose Russian leader apparently hopes that the Zircon missile system will augment other Russian weapons in Ukraine, to help turn the war in his favor. Putin said January 4 that he had armed a frigate with Zircon (Tsirkon) weapons. Here’s a look at what the missile can do.