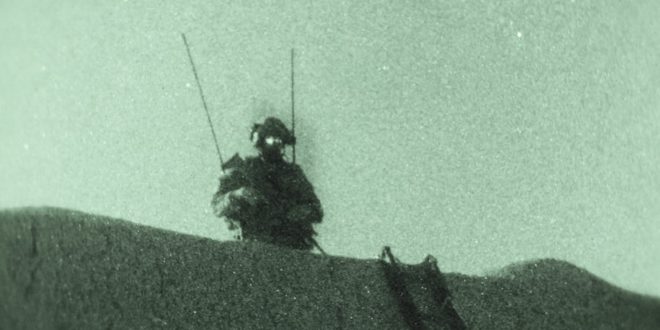 Following the U.S. withdrawal from Afghanistan at the end of August, the only semblance of government remaining there is the Taliban. But the Taliban are not partners in defeating terrorism there, the commander of U.S. Special Operations Command said.

“I don’t see them as a partner — I’ll just be frank,” Army Gen. Richard D. Clarke, commander of U.S. Special Operations Command, said Friday at the annual Halifax International Security Forum event in Nova Scotia, Canada. “I think we have an interest from the U.S. perspective that the ISIS threat that is in Afghanistan is disrupted, that it can’t roost [so that it could actually affect one of our nations. But I wouldn’t, as we look at the Taliban, I don’t think they’re an entity, today, that should be … a counterterrorism partner.”

That doesn’t mean that the U.S. or its allies are without recourse should threats in Afghanistan arise that could harm the U.S. homeland or that of allies, Clarke said. The U.S. and its allies have options they’ve developed over 20 years of war.

“We built up amazing counterterrorism capabilities over the last 20 years,” he said. “Some of those capabilities can still be used in Afghanistan today.”

Clarke said those capabilities involve working with partner Afghans who still remain in Afghanistan and also working with regional allies as well.

There are also embassies in Afghanistan that have insight into what’s going on, and there are other intelligence assets that the U.S. can be relied on, as well.

“The most important thing for us in Afghanistan is to ensure we understand the intel picture of where [the] ISIS-K that exists there today actually is, and if it becomes such a threat that it could come back to the United States or could come to one of our allies and partners — we’ve built up capability,” he said. “We can go to where the enemy is. We’ve proven that time and time again with the counterterrorism forces that all of us have built up.”

The U.S. has said that it retains over-the-horizon capabilities that can be used in Afghanistan, even if it doesn’t have a presence on the ground. Clarke said it’ll be tough, but not impossible, for the U.S. military to accomplish the things it might be asked to do without boots on the ground.

Clarke also said the special operations community has realized that it can’t always be the answer — that others are capable and must also be part of solutions. This is different, he said, than the way special operations were used immediately following 9/11.

“At a certain point after 9/11 — if any group raised their hand and said ‘I’m part of al-Qaida,’ or … ‘I’m part of ISIS,’ we generally would send special operations teams to that location to try to disrupt or defeat, and found that that’s not a sustainable approach,” he said, adding that the special operations community must now prioritize where it responds.

Now, he said, it’s important to work more closely with other capable communities to see who is best able to respond.

“What we have to do is work with allies, and particularly indigenous partners from that region, to actually defeat that threat and try to contain it inside their borders, so that it doesn’t, in fact, grow,” he said. “So, we have gone to a more sustainable approach to the counter-VEO approach.”

The answer doesn’t always need to be a kinetic response either, Clarke said.

“It doesn’t always have to be the warhead on the forehead to defeat this, but really, it has to be an entire government approach, and it has to be … ensuring allies and those partner nations are capable to [meet] the threat.”