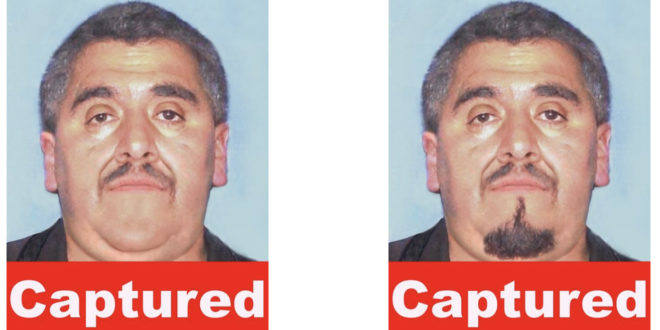 Octaviano Juarez-Corro is wanted for his alleged involvement in the murder of two individuals and the attempted murder of three other individuals at a picnic in Milwaukee, Wisconsin, on May 29, 2006.

After 16 years on the run, a Milwaukee man who is one of the FBI’s Ten Most Wanted Fugitives is now in custody, announced Michael E. Hensle, Special Agent in Charge (SAC) of the Milwaukee Division of the Federal Bureau of Investigation (FBI). Acting on a public tip, FBI Milwaukee, in conjunction with the FBI’s International Operations Division, Legal Attaché Office in Mexico City, coordinated with the Criminal Investigation Agency of Mexico’s Attorney General Office (Agencia de Investigacion Criminal de la Fiscalia General de la Republica – FGR/AIC) to successfully locate and apprehend Juarez-Corro in Zapopan, Guadalajara, Mexico on the evening of February 3, 2022.

Juarez-Corro was added to the FBI’s Ten Most Wanted Fugitives list on September 8, 2021, wanted for double homicides and multiple attempted homicides in Milwaukee. Authorities allege on May 29, 2006, Juarez-Corro shot and killed two individuals and wounded three others at a large holiday picnic.

Juarez-Corro entered South Shore Park on the banks of Lake Michigan, where hundreds of people were gathered for a Memorial Day picnic, including many families with children. Juarez-Corro approached a friend of his estranged wife’s and began a conversation. Juarez-Corro and his wife were reported to be in the final stages of their divorce. The couple share a daughter, who was three years old at the time of the shooting.

Shortly after entering the park, Juarez-Corro reportedly pulled out a gun and began firing. Two people were killed. Juarez-Corro’s wife suffered two gunshot wounds in the chest but survived. Two others were also injured, one of them gravely.

“Octaviano Juarez-Corro spent the last 16 years running from law enforcement, hiding in another country, and believing time and distance was on his side,” said Special Agent in Charge Michael Hensle of the FBI’s Milwaukee Field Office. “The FBI has a long reach and extraordinary law enforcement partnerships across the globe. I commend the tireless efforts of all our partners from Milwaukee to Mexico in closely coordinating with the FBI in capturing this wanted fugitive and helping to bring this violent offender to justice, as well as closure to the victims and their families.”

Meanwhile the FBI page has focused on hundreds of 6 January. 100s “Most Wanted Suspects” based on photos with no other evidence. Mass murderers, including the killer of 10 in Boulder Colorado, on the FBI radar were ignored. One of the most videoed and photographed events in U.S. history.