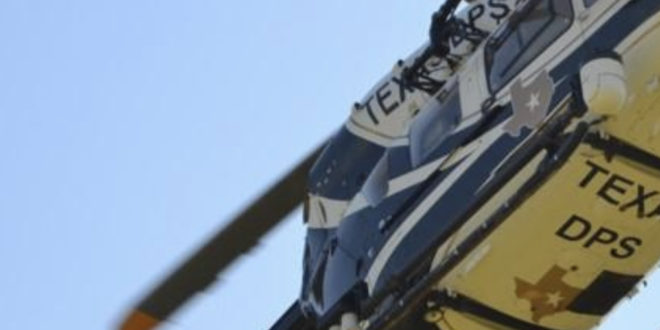 ‘Texas Dept. of Public Safety: Arresting migrants for criminal trespass is deterring more from making the journey to the US’ As Biden continues to do nothing at the border, Texas is taking action. No catch & release in Texas,” Gov Abbott.

Texas and Mexico share 1,254 miles of common border of a total of 1,954 miles and are joined by 28 international bridges and border crossings. This number includes two dams, one hand-drawn ferry, and 25 other crossings that allow commercial, vehicular and pedestrian traffic.

The Texas Department of Public Safety (DPS) and the Texas Military Department (TMD) held a media briefing today to provide an update on the progress of Operation Lone Star (OLS). The briefing was held at DPS’ regional headquarters in Weslaco.

“DPS continues to make significant progress enforcing the mission of Operation Lone Star,” said DPS Director Steven McCraw. “We are committed to securing the border and the state of Texas, and ensuring that the laws of this state are enforced.”

TMD has also been active in surging personnel, resources and equipment in anticipation of large caravans of migrants reaching our border.

“The Texas Military Department’s border surge and security operations continue,” said Maj. Gen. Tracy R. Norris, the Adjutant General of Texas. “Our Texas Guard personnel have increased tactical maneuverability to block and repel criminal activities throughout the region. These tools include physical barriers, tactical vehicles and thousands of service members on the ground. Our efforts alongside Texas DPS are having an immediate and tangible effect of protecting our border communities and residents,” Norris said.

The Texas Department of Public Safety (DPS) and the Texas Military Department (TMD) are launching a weekly media briefing to discuss the progress of Operation Lone Star (OLS), Governor Abbott’s initiative to secure our southern border. The briefings will be hosted by representatives from DPS and TMD.

High-ranking officials from DPS, TMD and other partner agencies will share insights, anecdotes and statistics from OLS activities around the state. Members of the media in attendance will be able to see exclusive content of law-enforcement in action and examples of contraband seized from human and drug trafficking. The media will be given time to ask questions of the officials present and conduct one-on-one interviews when appropriate.

“Texas continues to work diligently to secure our southern border under the leadership of Governor Abbott and these briefings provide an opportunity for us to share tangible evidence of how combined local and state operations being conducted are protecting communities across the nation,” said DPS Director Steven McCraw. “We hope to also share how Operation Lone Star is preventing crime despite the federal government’s failure to provide the brave men and women of the U.S. Customs and Border Protection the infrastructure, technology and personnel needed to secure the border.”

TMD is also committed to helping secure the border, confronting the crisis and cracking down on the cartels and human traffickers daily. Texas Guard soldiers provide boots on the ground, and other valuable assets, to help identify illegal activity and apprehend illegal immigrants.

“The Texas Military Department is made up of Texans who come from communities across our great state; we are always ready and always there to support our partner agencies in protecting our home and preventing criminal elements from entering Texas,” said Maj. Gen. Tracy Norris, the Adjutant General of Texas. “We have a long history of enduring relationships with local, state and federal agencies in conducting Homeland Security missions that dates back more than 100 years and we are proud to continue this legacy as Texans serving Texas.”

The first briefing will be held