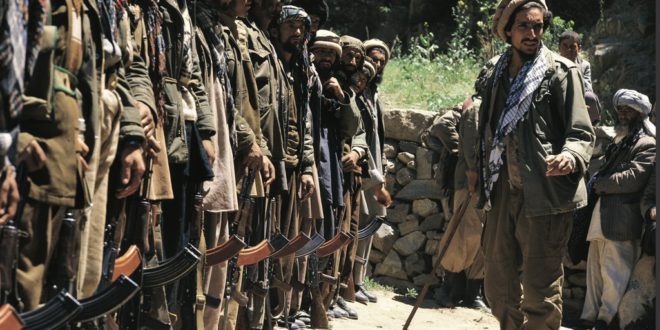 ‘They Have a List’: Taliban Search House-to-House For Resistance Fighters in Panjshir

Taliban forces in the past few days searched house-to-house in Afghanistan’s Panjshir province, hunting for opposition fighters, men inside the area said. The targeted fighters belong to the National Resistance Front (NRF), which regards the Taliban as a tyrannical “criminal group” that is “fundamentally alien” to Islamic teachings.

The Taliban have vowed to rout the resistance from Panjshir, and last week launched a meticulous hunt for certain members, NRF members said.

“The Taliban attacked in the Annaba region of Panjshir, and started a house-to-house search,” one resistance fighter told Soldier of Fortune from inside Afghanistan. “They have a list. They held it in their hands. They knew who they were looking for.” The man has family at risk inside Afghanistan; for that reason, he and others who spoke for this story did not use their names for publication.

The searches extended onto the roadways, the fighter said.

“A checkpoint was thrown on the pubic road, and they were asking the names of the passengers in the cars,” he said. “They were checking their list.”

The hunters found their prey, the man said.

“They arrested three people from the NRF.”

Deadly fighting has been taking place in Panjshir as the Taliban try to weed out the resistance, the NRF has said. In recent fighting, the Taliban launched “a heavy and complex attack” on NRF bases in several areas.

“The attack was repelled, 25 Taliban were killed and many enemy forces were wounded in the clashes,” the NRF said. “The Taliban are now busy collecting their remaining bodies in the mountains of Panjshir.”

The Taliban did not immediately respond to a request for comment.

The resistance took hold in the mountains of Panjshir last year, as the Taliban swept across Afghanistan. The anti-Taliban forces rallied around Ahmad Massoud, whose father, Ahmad Shah Massoud, was the legendary “Lion of Panjshir.” The elder Massoud was a guerrilla commander who stood up to Soviet and Taliban forces. He was assassinated in September, 2001.

The modern group calls itself the National Resistance Front of Afghanistan (NRF), and is viewed in the U.S. as a rekindled Northern Alliance.

As the Taliban last year tightened their grip on Afghanistan, their leaders offered to talk with the NRF – not to share power, but to solidify control, according to members of the resistance. The NRF was not interested.

The NRF kept fighting, and holding their own.

“It is very tough,” the resistance fighter said. “The situation is bad in Panjshir. We will not give up.”

READ MORE about conflict inside Afghanistan, including this account of an Afghan man in hiding from the Taliban.