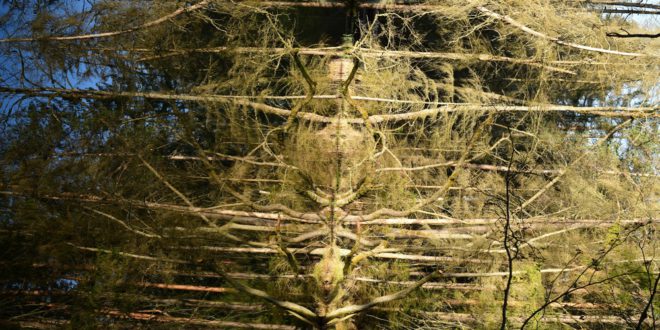 Psychedelic Therapy: These Combat Veterans Say it Turned Their Lives Around

Politicians have no clue what the true cost of war is. For more than 20 years, warfighters have been deployed to hot spots around the world in the fight against terrorism. We now have an entire
generation of warfighters who have known nothing but combat deployments. This takes a heavy toll on the mind and body over time. For some, this can result in broken families, substance abuse and suicide.

Due to their operational tempo, special operations troops tend to suffer more blast injuries in training
and in combat. Due to the use of breach charges and flash bang grenades. With their training and never-quit mentality, many are reluctant to seek help for TBI/PTSD. Due to the fear of being taken out of the fight and stigma associated with these unseen injuries. This can negatively affect their quality of life and their families. Many of these brave warriors end up taking their own lives out of despair when they leave the military.

The VA is notorious for over prescribing medications that mask the symptoms. But does absolutely
nothing to treat the root causes. Many of these medications can be habit forming and with prolonged use, can cause additional health problems for the patient. I have personally witnessed this when I worked in mental health many years ago.

Marcus Capone was one of these warfighters. Enlisting in the Navy in 2000, after his graduation from
BUDS he was assigned to SEAL Team 10, and completed two deployments. He then passed
selection for DEVGRU (SEAL Team 6), where he completed five combat deployments as a breacher and
assaulter. Medically retired due to injuries in 2013, Marcus transitioned to civilian life. The change was
not easy, suffering symptoms of Operator Syndrome, from exposure to hundreds of explosive breaches
in combat and training. Operator Syndrome is a combination of concussive injuries and PTSD, mainly affecting Special Operation troops.

Marcus saw his life spiraling out of control due to self-medication and isolation. His wife Amber began to research alternative treatments to hopefully save his life. At the suggestion of a family friend, Marcus tried psychedelic therapy treatment. The treatment was a success, and it gave Marcus and his family their lives back.

Feeling that this course of treatment could help others, Marcus and Amber started VETS (Veterans
Exploring Treatment Solutions) a 501 (c)(3) non-profit organization. Which helps to provide access to
psychedelic therapy to Special Operations Veterans dealing with challenges such as Operator Syndrome.

In addition to grants for treatment, VETS also provides coaching support and travel grants. VETS is
involved in a number of research projects within the U.S. And hopes to pair veteran voices alongside
science to affect policy change in the United States. VETS believes that our veterans should not have to
travel outside the United States for this life saving treatment, while also realizing this is an uphill battle
against big pharma and their political allies. Who quickly forget the sacrifices, warfighters and their
families have made for our great nation.

Former Navy SEAL Shawn Ryan in a very frank and inspiring discussion talks about his experience with
this alternative treatment in the latest episode of his show. In the video below, Shawn discusses his struggles with PTSD. He describes how anger and anxiety were starting to affect his life and his family in a negative way. With the help of VETS, Shawn travels to receive treatment to combat these unseen wounds.

The drugs used for his course of treatment were Ibogaine which is extracted from the Tabernanthe
Iboga shrub in West Africa. A synthetic version of 5 MeO DMT – the molecule found in the venom of the
Bufo Alvarius toad is also used. These are very strong psychedelics that are not for the faint of heart.
The treatment is done in a professional but relaxing environment. Patients are given an EKG and do
blood work to ensure they are healthy enough to begin treatment. Patients also participate in
counseling and are educated about the medicine prior to treatment. Treatment plans are tailored to the
individual patient. Medical staff strictly monitor the patient during treatment.

Shawn goes into detail about his journey and doesn’t hold back what he experienced. I admire his
openness and honesty with his audience, which takes incredible courage. The show is worth the time to
watch, and I can honestly say, I learned something. Networking with fellow veterans, many have stated
Psychedelic therapy has given them their lives back. I can only hope that this course of treatment
becomes more accepted in the medical community. As it has the potential to save lives and could help
those suffering from Operator syndrome, TBI/PTSD, and other mental health conditions. Unfortunately,
Big Pharma will fight legalization and decriminalization tooth and nail, as they are more concerned with
the bottom line for shareholders. Than a treatment that could save lives and help veterans and their
families, recover from the horrors of war.

If you are suffering from PTSD, remember, you are not alone. Please reach out to someone. Suicide and
substance abuse is not the answer. PTSD is a scourge on the veteran and civilian community. Please seek help there is no shame in it. If Operators can get help so, can you.

Big Thanks to Shawn Ryan, Marcus, and Amber Capone for sharing their stories.

Greg Chabot served in the US Navy and Army National Guard. Seeing combat with the 1st Infantry Division in Iraq. He is an avid outdoorsman who strives to help others with his writing.

Previous New US Weapons Package Will Send More HIMARS Advanced Rocket Systems to Ukraine
Next Soviet Soldiers Boiled Their Ammunition While Serving in Afghanistan: Here’s Why