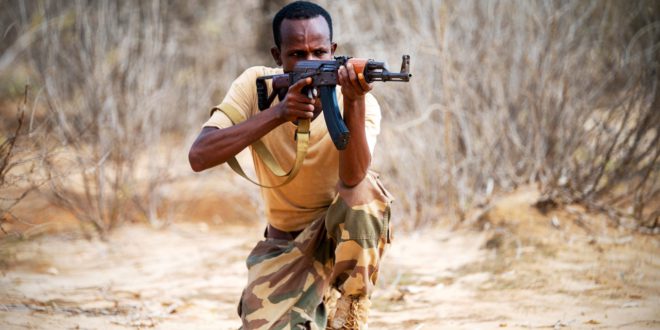 Somali federal police said Sunday that security forces had ended the Mogadishu hotel siege by the al-Qaida-affiliated militant group al-Shabab after nearly 30 hours of operations. Officials say more than 20 people were killed in the attack.

At a press conference in Somalia’s capital, Mogadishu, Sunday, Somali police chief General Abdi Hassan Hijar said that casualties include civilians and security personnel who were killed in the al-Shabab complex attack on the Hayat hotel in the center of the city, near Somalia’s criminal investigation department headquarters.

This was the first deadly attack by al-Shabab on an upscale target in Mogadishu since Somalia’s new president, Hassan Sheikh Mohamud, took office in May. The attack was the longest hotel siege in Somalia since al-Shabab started its insurgency more than 15 years ago.

Hijar said the main focus of the security forces was rescuing trapped civilians after al-Shabab fighters targeted the hotel with explosions and stormed the building, followed by a firefight that lasted nearly 30 hours.

He added that the security agencies involved in the operations who ended the siege at midnight rescued more than 106 people, including women and children.

The al-Qaida-linked Islamist group al-Shabab claimed responsibility for the deadly attack on Hayat hotel in Mogadishu and claimed it had killed 63 people and wounded 107 others.

The news follows a recent U.S. airstrike against al-Shabab militants has killed 14 fighters, the deadliest strike against the terrorist group in months. The airstrike that targeted al-Qaida-linked Islamist militant group al-Shabab took place Sunday in Somalia’s central region of Hiran.

Military officials there who spoke with VOA by phone said the attack killed 14 al-Shabaab fighters. They say the airstrike was conducted by the U.S. military to support Somali troops who were conducting operations against al-Shabab.

The Somali military said it captured the group’s main stronghold in the region, located outside the town of Mahas, and also destroyed its hideouts.

Previous Stranded in the Wild? How to Capture Rainwater From Leaves
Next In Ukraine, Two US Army Veterans See the New Face of War