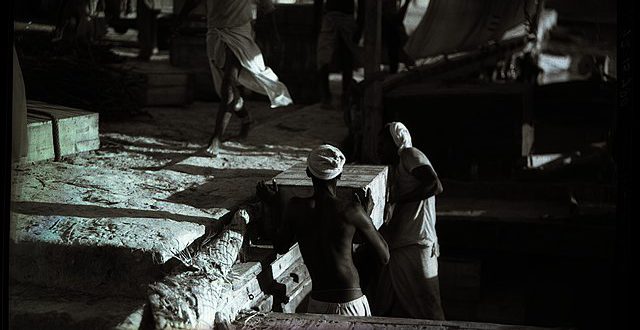 A federal jury this month convicted a former Twitter manager of acting as an undisclosed foreign agent for Saudi Arabia, and also of conspiracy, wire fraud, international money laundering, and falsification of records in a federal investigation.

Ahmad Abouammo, 44, was accused of taking bribes in exchange for sending Saudi officials the private information of Twitter users, according to Justice Dept. officials.

“Abouammo acted in secret as an agent of a foreign government targeting dissenting voices,” said Assistant Attorney General Matthew G. Olsen of the Justice Department’s National Security Division. “This verdict shows that the Justice Department will not tolerate any act of transnational repression and will hold accountable those who aid hostile regimes in extending their reach to our shores.”

According to the evidence presented at trial, Abouammo began receiving bribes from an official of the Kingdom of Saudi Arabia as early as December 2014. The foreign official met with Abouammo in London, and provided Abouammo with a luxury Hublot watch. Abouammo later acknowledged the value of the watch was $42,000 when he offered it for sale on Craigslist.

After the meeting in London, Abouammo began repeatedly accessing private information about several Twitter accounts, at least one of which was an influential account who was critical of members of the Saudi Royal Family and the government of the Kingdom of Saudi Arabia. Abouammo also continued to communicate with the official of the Kingdom of Saudi Arabia, including regarding the influential critical account.

Evidence at trial further showed that after Abouammo traveled to Lebanon in February 2015, a bank account was opened in the name of his father in Lebanon, and the younger Abouammo obtained access to that bank account. The account then received $100,000 from the official of the Kingdom of Saudi Arabia and Abouammo laundered the money by sending it into the United States in small wire transfers with false descriptions. Abouammo left his job at Twitter in May 2021 and, shortly thereafter, received another $100,000 into the bank account in Lebanon accompanied by a note from the official apologizing for the delayed payment. Abouammo responded, in part, by asking whether the official wanted any additional information from Twitter.

In October 2018, FBI agents interviewed Abouammo at his residence about his involvement in the scheme with officials of the Kingdom of Saudi Arabia. Evidence at trial demonstrated that Abouammo provided false information to the FBI investigators and falsified an invoice for one of the payments he received from the foreign official.

Abouammo faces a maximum sentence of 10 years in prison for the charge of acting as an agent of a foreign government, and 20 years in prison for each of the other counts. In addition, each count for which Abouammo was found guilty carries up to a $250,000 fine and additional periods of supervised release to follow the prison term. A sentencing hearing has not yet been scheduled.

Previous Medical Marijuana and Firearms: Feds Say You Can’t Use Both; Florida Official Disagrees, Takes Case to Court
Next Stranded in the Wild? How to Capture Rainwater From Leaves