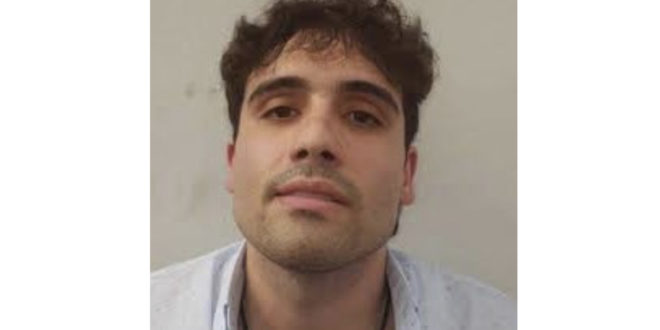 All hell breaks loose as Cartel Boss is arrested, U.S. Consulate shot up in Nuevo Laredo

Our consulate is closed to the public for consular services until further notice.  All appointments scheduled for tomorrow will be rescheduled.

The Consulate has issued several Security Alerts to inform U.S. citizens that U.S. government employees have been instructed to avoid the area and shelter in place until further notice.  U.S. citizens should avoid the affected areas near the Consulate and should notify their loved ones of their well-being. Enroll in the Smart Traveler Enrollment Program (step.state.gov) to receive important emergency information, and follow us on Twitter (@USAConNVL) or Facebook (https://www.facebook.com/consuladonuevolaredo) for updates.

On March 13, @FGRMexico & the Mexican military detained and deported to the U.S. the head of the Cartel del Noreste, Juan Gerardo Trevino Chavez, aka El Huevo. Mexican authorities coordinated his removal with @HSI_HQ@DEAHQ@FBI & @USMarshalsHQ.

15 March 2022, Juan Gerardo Trevino-Chavez, aka Huevo, 39, of Laredo was arrested in San Diego, CA, on criminal charges related to his alleged involvement in drug trafficking in Mexico and the United States.

According to the indictment filed in San Antonio, Trevino is the current leader of the Cartel Del Noreste drug cartel (CDN).  CDN is the successor cartel to the Los Zetas drug cartel for which he was a leader, drug trafficker, enforcer, weapons procurer, and plaza leader.

Wanted poster was issued in Dec. 2021 for Ovidio Guzmán-López is a high-ranking member of the Sinaloa Cartel and the son of former Sinaloa Cartel leader Joaquín Guzmán-Loera.  Law enforcement investigations indicate Ovidio and his brother, Joaquín Guzmán-López, function in high-level command and control roles of their own drug trafficking organization, the Guzmán-López Transnational Criminal Organization, under the umbrella of the Sinaloa Cartel.  The Guzmán-López brothers began their narcotics trafficking careers early by inheriting relationships from their deceased brother, Edgar Guzmán-López.  Following Edgar’s death, Ovidio and Joaquín inherited a great deal of the narcotics proceeds and began investing large amounts of the cash into the purchasing of marijuana in Mexico and cocaine in Colombia.  They also began purchasing large amounts of ephedrine from Argentina and arranged for the smuggling of the product into Mexico as they began to experiment with methamphetamine production.

The Guzmán-López brothers are currently overseeing approximately eleven methamphetamine labs in the state of Sinaloa producing an estimated 3,000- 5,000 pounds of methamphetamine per month.  The methamphetamine is sold wholesale to other Sinaloa members and to U.S.- and Canadian-based distributors.  Other information indicates that Ovidio Guzmán-López has ordered the murders of informants, a drug trafficker, and a popular Mexican singer who had refused to sing at his wedding.

On April 2, 2018, both of the Guzmán-López brothers were indicted by a Federal Grand Jury in the District of Columbia and charged with one count of 21 USC Sections 959(a), 960 and 963 (conspiracy to distribute more than 5 kilograms of cocaine, 500 grams of methamphetamine, and 1,000 kilograms of marijuana).

The U.S. Department of State is offering a REWARD OF UP TO $5 MILLION for information leading to the arrest and/or conviction of Ovidio Guzmán-López.

Previous The Story of the Sheriff’s Saddle
Next Chapitos: “El Chapo’s”Legacy