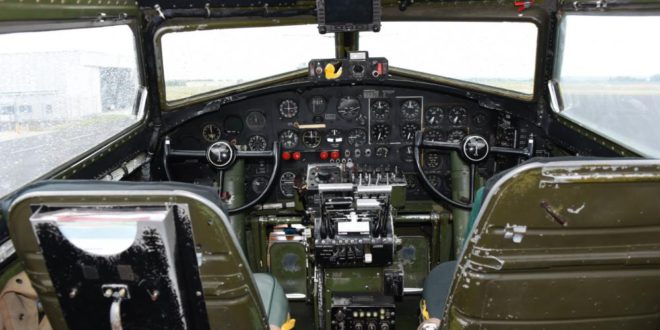 History-making missions are often best told in photos, so it’s pretty cool to know that photos were the mission of one of the most highly decorated aircrews in U.S. military history.

During World War II, there was a crew with the U.S. Army Air Forces 43rd Bomb Group of the Fifth Air Force that became famous in the Pacific Theater. It was led by Army Capt. Jay Zeamer, a 24-year-old B-17 Flying Fortress pilot who was known to many of his superiors as a “misfit.” Zeamer had a penchant for disobeying the rules, which is why he wasn’t actually given men to command. But just like many other rules, he skirted that one, too: He created his own crew out of other “misfits” like him.

Zeamer and his team were stationed at Port Moresby, Papua New Guinea, an important allied position that was constantly being threatened by Japanese forces. If Port Moresby fell, the key U.S. ally of Australia would have been in grave danger.

In the spring of 1943, Zeamer’s crew found a damaged old B-17E on the island. Since they didn’t have their own plane, they decided to repair it and make it mission-ready once again – even adding 19 machine guns instead of the usual 13. The plane was dubbed Old 666 (because of its tail number, 41-2666), and its crew became known as the Eager Beavers for regularly volunteering for the most dangerous missions.

The last of those missions came on June 16, 1943. Zeamer’s crew was called upon to perform a special photo reconnaissance mission over Buka Airfield on the Japanese-occupied island of Bougainville, about 600 miles east of Port Moresby. That area was being considered for a possible amphibious invasion by the allies, and aerial photographs were needed to help with the planning.

All was OK until Old 666 was about 10 miles from its destination, when several Japanese fighters spotted them and took to the air to bring them down.

Another crew might have aborted the mission, but Zeamer’s did not. Just as they were completing a photo run down the Bougainville coast, attacks on their unescorted plane began.

Old 666’s bombardier, 2nd Lt. Joseph Sarnoski, was able to shoot down one Japanese fighter before being struck in the stomach by an exploding 20 mm shell. Still, he rushed back to his gun and shot down another fighter. His injuries, however, proved to be too much. Sarnoski, who had been scheduled to go home just a few days later, died at his gun station.

Despite significant bleeding, Zeamer continued to fly the plane as the rest of the crew, many of whom were also wounded, continued firing on the enemy while trying to tend to their injuries. Sgt. William Kendrick, who had been in charge of taking the precious photos that day, even alternated between the camera and the guns. Meanwhile, Zeamer maneuvered Old 666 so he could shoot down another enemy plane with a .50-caliber machine gun he’d fixed onto the side of the cockpit. But the same shell that had killed Sarnoski also hit him, shattering the captain’s left knee and paralyzing his legs.

After about 40 minutes, a few more Japanese aircraft had been shot down, and the enemy finally gave up. The attack was over, but the harrowing flight home had just begun.

A few of the men were out of commission, including Zeamer, who reportedly lost consciousness several times due to blood loss. The injured co-pilot had to take over the controls, while the crew’s top-turret gunner took the co-pilot’s seat for the first time in his life.

It was a miracle Old 666 was still in the air, too; the B-17’s hydraulic system was disabled, and the main oxygen line had been cut. Old 666 had taken nearly 200 bullets, it had been shelled five times, and its flaps and brakes no longer worked. But the photographs they risked their lives for were untouched.

Since the plane’s radio and compass had also been destroyed, the crew navigated the aircraft by keeping the sun at their backs and by getting directions from the occasionally conscious Zeamer, who used islands and reefs to guide them.

After hours of flying impaired, they were able to land on their home island. The injured crew members were rushed to a hospital for medical attention, including Zeamer, who doctors said had about 120 metal fragments in his body. He spent several days in intensive care and eventually recovered. The other crew members also survived.

For their sacrifices, Zeamer and the late Sarnoski received the Medal of Honor. The other members of their crew received the Distinguished Service Cross, and nearly all of them were awarded the Purple Heart.

As for the photos the crew took? They were used to plan Operation Cartwheel, which included the amphibious assault on Bougainville. The landings there were considered a success largely because of the maps and charts that were developed from the photos Old 666 took.