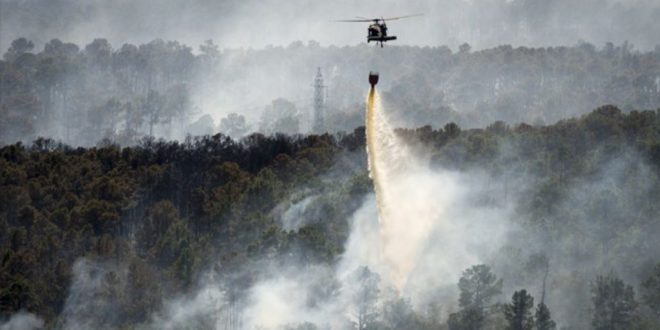 Following the meeting chaired by New Zealand Prime Minister Jacinda Ardern, leaders adopted a declaration under the theme of “Join, Work, Grow. Together,” which highlights policy actions to respond to COVID-19.

According to organizers, the declaration “lays out commitments in accelerating economic recovery and achieving sustainable and inclusive growth, including further actions in tackling climate change, empowering groups with untapped economic potential, supporting the region’s micro, small and medium enterprises and addressing the digital divide.”

The 21 APEC member economies account for nearly 3 billion people and about 60 percent of global GDP, spanning the Pacific Rim from Chile to Russia to Thailand to Australia.

Officials said they made significant progress during some 340 preliminary meetings. APEC members had agreed to reduce or eliminate many tariffs and border holdups on vaccines, masks and other medical products important to fighting the COVID-19 pandemic.

The APEC meeting came on the heels of an unexpected U.S.-China declaration made Wednesday at the COP26 climate summit in Glasgow, Scotland, where the world’s two biggest CO2 emitters said they would work together to achieve the goal set out in the 2015 Paris climate agreement of limiting warming since pre-industrial times to 1.5 degrees Celsius (2.7 F) by the end of the century.

While the declaration was thin on details, Washington and Beijing pledged to cooperate on cutting emissions and to create a joint working group that will meet regularly to address the climate crisis over the next decade. Analysts called these small positive signs ahead of the Biden-Xi virtual summit scheduled for Monday.

The Glasgow statement moves the two countries significantly back toward a cooperative relationship in the many areas where Biden and Xi have complementary or similar interests, said Charles Morrison, adjunct senior fellow at the East-West Center, a research group established by the U.S. Congress in 1960 to strengthen relations among the peoples of Asia, the Pacific and the United States.

“What I would like to see is a collaborative examination of where they have common ground and next an implementation strategy,” Morrison added.

According to the White House, during his address at the virtual meeting, Biden “underscored his commitment to strengthening our relationship with APEC economies in order to advance fair and open trade and investment, bolster American competitiveness, and ensure a free and open Indo-Pacific.”

Xi made a similar pledge in his address, saying China would “unswervingly” expand its opening up to the outside world and share China’s development opportunities with the world and Asia-Pacific countries, state broadcaster CCTV said.

“They also become a barrier for China’s collaboration not only with the U.S. but with the world at large,” Bouey said.

APEC members failed to reach a consensus on a U.S. proposal to host APEC gatherings in 2023. Russia rejected the bid because of a U.S. blacklist of its diplomats set in April, when Washington sanctioned the Kremlin for interference in the 2020 U.S. presidential election and hacking federal agency systems.

“The Russians simply did not want to accept the United States’ ability to make persona non grata for the Russian so-called diplomats who are no longer welcome in the United States, and the United States was not going to negotiate over security issue,” said Patrick Cronin, the Asia-Pacific security chair at the Hudson Institute, a Washington research group.

There are no other bidders to host the 2023 meetings, though APEC works on a consensus basis so all members must agree.

“One economy is still undergoing consultations and has not yet joined consensus,” a White House official told VOA. “We hope this impasse is resolved quickly to ensure we can continue the positive momentum on economic cooperation through APEC.”

Meanwhile, Taiwanese President Tsai Ing-wen used the APEC meetings to rally support for her bid to join the Comprehensive and Progressive Agreement for Trans-Pacific Partnership (CPTPP), a trade pact that Beijing also is seeking to be a part of. Beijing considers Taiwan to be a breakaway province and has vowed to block Taipei’s bid.

CPTPP members likely will negotiate with Beijing and settle on the issue of Chinese membership first before Taiwan’s bid — a process likely to take years.

“It needs approval from, among others, Japan, Canada and Australia, none of which are inclined to roll out the red carpet for China right now,” said Robert Daly, director of the Kissinger Institute on China and the United States at the Wilson Center, a global policy group in Washington.

Daly said there’s a chance, however, that more countries gradually will come to accommodate China.

“We know that China is patient, that they are gradualist, and that they will work with the other parties, one by one,” he said. “And China goes into this still as the leading trading nation in the world, and the lodestone of Asian economics.”

The Biden administration has not indicated interest in joining CPTPP, the 11-nation trade pact formed in 2018 after former President Donald Trump in 2017 pulled out of the Trans-Pacific Partnership (TPP), a free trade agreement negotiated by President Barack Obama to deepen U.S. economic engagement in the Asia-Pacific region and counter China’s growing influence there.

FROM DOD Climate change is reshaping the geostrategic, operational, and tactical environments with significant implications for U.S. national security and defense. Increasing temperatures; changing precipitation patterns; and more frequent, intense, and unpredictable extreme weather conditions caused by climate change are exacerbating existing risks and creating new security challenges for U.S. interests. The risks of climate change to Department of Defense (DoD) strategies, plans, capabilities, missions, and equipment, as well as those of U.S. allies and partners, are growing. Global efforts to address climate change – including actions to address the causes as well as the effects – will influence DoD strategic interests, relationships, competition, and priorities. To train, fight, and win in this increasingly complex environment, DoD will consider the effects of climate change at every level of the DoD enterprise.