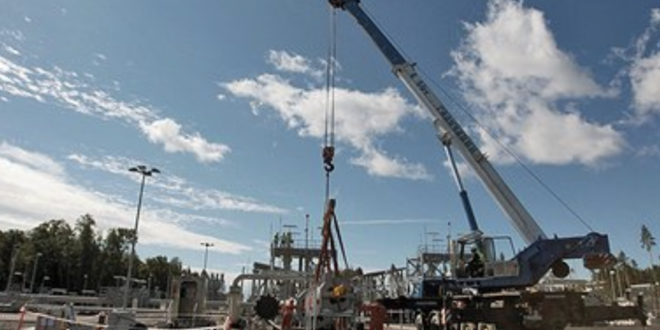 Secretary of State Blinken: I am appointing Amos Hochstein to serve as the Department’s Senior Advisor for Energy Security, underscoring the Administration’s commitment to promote energy security for the United States and our allies and partners.

Senior Advisor Hochstein brings decades of experience to this role, having held senior positions in the State Department, academia, and the private sector.  He is uniquely suited to support the development and implementation of an integrated U.S. strategy to strengthen global energy security, especially in Central and Eastern Europe.  This appointment demonstrates the Administration’s resolve to utilize energy diplomacy to ensure the security of supply during this critical time of energy transition, push back against the Kremlin’s use of energy as a geopolitical weapon, and to advance a more secure and sustainable energy future for Ukraine and frontline NATO and EU countries.

Biden’s shutdown of the Keystone Pipeline put many Americans out of work and shocked the U.S. economy. Gasoline prices have spiked, making the U.S. more oil dependent. Pleas to reverse his stance that had a massive effect on American lives and companies fell on blind ears.

Not only did Biden refused to impose sanctions on the Russian, German Nord Stream which also threatens the U.S. economy, he gave Nord Stream the Green Light to appease Germany.

“It’s almost completely finished,” Biden said of the gas pipeline that will bring gas from Russia to Germany under the Baltic Sea.

“It’s not like I can allow Germany to do something or not…. To go ahead and impose sanctions now would, I think, be counterproductive in terms of our European relations,” he told reporters, adding that he was against the project since its inception.

The State Department said that the Russian company behind the pipeline, Nord Stream 2 AG, and its German CEO, Matthias Warnig, an associate of Russian President Vladimir Putin, engaged in sanctionable activity. But the Biden administration waived the sanctions because doing so was in the U.S. national interest.

In Washington, the sanctions waivers were met with criticism from Republicans and some Democrats.

The pipeline, which is about 95 percent complete and could be finished by September, was at the center of a political tussle between Berlin and Washington during the administration of former U.S. President Donald Trump.

Previous Defense: Waukesha Parade killer is not a terrorist: The Parade and car were at fault
Next AG Pax­ton Inves­ti­gates GoFundMe for Shut­ting Down Fundrais­er and Tak­ing $10 Mil­lion from the Cana­di­an Trucker’s Free­dom Convoy