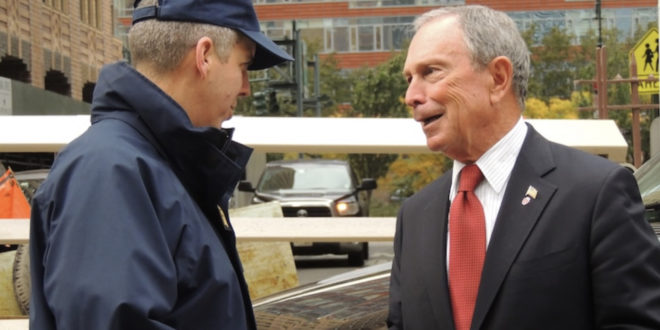 SecDef Austin is creating committees and naming boards to existing ones to advise in climate change, push diversity, devise pronouns, and discipline the military in the hunt for domestic terrorists and extremists.

Ongoing Committees working hand in hand with DOD continue to focus on climate change and investigate the domestic terrorist active military and veterans. Below you will find an assortment of Boards needing new Chiefs.

But the big announcement today is that Austin has appointed the great Philanthropist Former New York Governor Bloomberg, with one focus on Global and Climate change. He is a rabid anti gun advocate despite having armies of personal security. He also organized and is the face of nationwide anti-gun groups and Mayors Against Illegal Guns. He is often accused of violating the Constitution.

“Bloomberg brings a wealth of experience to the Defense Innovation Board as an innovator in business, government, and philanthropy.  He is an entrepreneur and leader, and as mayor of New York City, led the city’s resurgence after the Sept. 11, 2001, terrorist attacks and established New York City as a global technology hub.  He is the Founder of Bloomberg L.P., a technology company that revolutionized the global financial services industry, leveraging technology to bring greater transparency and fairness to the financial system through the Bloomberg Terminal. Bloomberg is also the Founder of Bloomberg Philanthropies, one of the nation’s largest philanthropic organizations that utilizes a unique data-driven approach to global change. Bloomberg also serves as the United Nations Secretary-General’s Special Envoy for Climate Ambition and Solutions, as well as the World Health Organization Ambassador for Noncommunicable Diseases and Injuries.

“As the chair of the Defense Innovation Board, Bloomberg will lead a group of renowned-experts and leaders from across the nation’s innovation base who will provide strategic insights and recommendations on technology and innovation to addresses the Department’s highest national security priorities.  Through the Under Secretary of Defense for Research & Engineering, the Defense Innovation Board provides the Secretary, Deputy Secretary, and other senior leaders independent advice and recommendations on how to accelerate innovation and compete in a technology-and-innovation-driven environment.

“In accepting the nomination as chair, Bloomberg noted, “Innovation and adaptability are absolutely critical at any large organization, and there is no organization bigger or more complex than the Department of Defense.  With rapid advances in technology happening alongside rapidly evolving threats to our national security and the safety of our service members, our largest government agency must also be our most forward-thinking. I’m honored to work with Secretary Austin, Deputy Secretary Hicks, other senior Defense Department leaders and innovators from government and business to help bring new ideas and outside perspective that can help protect Americans and our values, interests, and allies around the world.”

For a deeper dive from DOD:

“The secretary has nominated Mr. Michael Bloomberg to serve as the chair of the Defense Innovation Board to leverage his experience and strategic insights on innovation, business and public service,” Kirby told reporters during a briefing today at the Pentagon. “His leadership will be critical to ensuring the department has access to the best and brightest minds in science, technology and innovation through the team of diverse experts that he will lead as chair of that board.”

Established in 2016, the Defense Innovation Board provides Defense Department leadership with advice and recommendations on innovative ways to address departmental challenges with a focus on people and culture, technology and capabilities, and practices and operations.

Across the department, a variety of advisory boards, councils, panels and committees have historically provided insight and guidance on things such as security cooperation, diversity, science, engineering and medical topics.

In early 2021, Austin directed 40 of those groups to suspend their activities pending the results of “zero-based” reviews that would evaluate their missions.

In recent months, 36 of those groups have been directed to resume operations, including nine announced today by the Pentagon.

Kirby said positions on the other boards will be filled in the coming weeks.

“The department’s boards and committees have been and will continue to be a valuable resource as we defend the nation, take care of our people, and succeed through teamwork,” he said. “And I know that the secretary and all our department leadership look forward to working with these advisory boards going forward.”

Previous “THE KING OF COOL: STEVE MCQUEEN, the Marine
Next Defense: Waukesha Parade killer is not a terrorist: The Parade and car were at fault