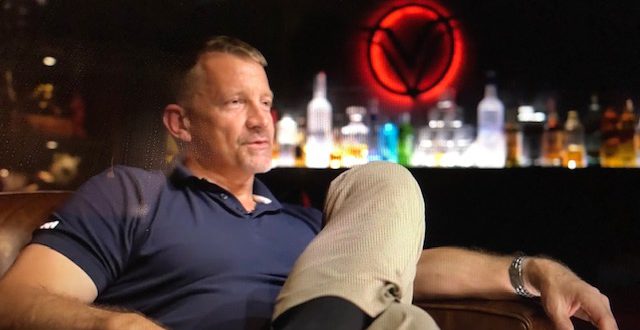 Erik Prince needs no introduction to SOF readers. The founder and former CEO of Blackwater was recently a guest on the Shawn Ryan show, where he discussed his early life and career and the founding of Blackwater and beyond. It was one of the most eye-opening interviews I have ever listened to.

In this segment, Prince discusses his reasons why he started Blackwater, and the initial success as a training company. He also discusses the expansion into security contracts and VIP protection in Iraq and Afghanistan. This did not come without cost. The death of four Blackwater employees in Fallujah along with negative media coverage was a tough blow to the company.

During the Easter uprising in 2004, Blackwater contractors distinguished themselves during the battle of Najaf. Adding to the company’s fierce reputation as doers not talkers that could be counted on when the chips were down. Another topic discussed was the CIA assassination program that Blackwater helped to put together to hunt terror masterminds and prevent a future 9-11.  That resulted in his name being leaked to the press, putting Prince and his family in danger of reprisals from terrorist organizations and their rogue state supporters.

After discussing the sale of Blackwater in 2010, the interview shifts to Prince’s business ventures while living in Abu Dhabi. This includes his helping the UAE organize their anti-piracy unit to deal with the scourge of Somali pirates – which you do not hear much about anymore.

After the success of this program, Prince was approached by officials in Russia asking for his help to start up a PMC. Prince turned down the generous offer that he says could have made him a billionaire. The PMC nevertheless formed, he says, and is known as the Wagner Group.

Prince and Ryan then discuss current events worldwide and how to get things back on track here in America. I admired Prince’s honesty and no-nonsense answers, and found myself agreeing with his assessments. Whether you love the guy or hate him, the show is worth the time to listen to.

Watch the interview, below.

Editor’s Note: SOF publisher Susan Katz Keating years ago was part of an effort with Prince and others, to build a military museum in Virginia.

Previous The Mind of a Military Sniper: Executing the Perfect Shot
Next Lone Wolf Terrorists and Soft Targets: Predicting the Next Wave of Attacks