A second Soldier received the Medal of Honor for heroism during the a battle near Combat Outpost Keating on 26 August. SSG Ty Carter joined SSG Clint Romesha in receiving the nation’s highest award for valor for his actions on 3 October, 2009. This is the first time in five decades that two Americans have lived to receive this honor for actions in the same battle.

The fighting at COP Keating, which is also known as the Battle of Kamdesh, involved an attack by over 400 insurgents against the combat outpost, which was slated to be dismantled. The outpost was manned by 54 American personnel from B Troop, 3rd Squadron, 61st Cavalry Regiment, who faced greater than seven-to-one odds in the battle.

Eight Americans were killed and 22 others were wounded in the battle, which was one of the largest since American forces removed the Taliban from power in 2001. The American troops killed over 150 insurgents in the battle – a ratio of 18.75 to 1, and at the end of the battle still held control of COP Keating. 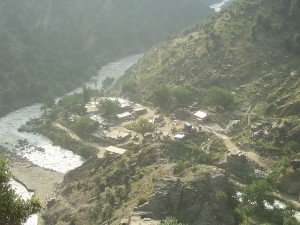 BACKGROUND TO A HERO AND BATTLE
SSG Carter had initially joined the Marine Corps in 1998, serving a four-year enlistment. A little more than five years after leaving the Marines, he enlisted in the U.S. Army and became a cavalry scout. He was assigned to B Troop, 3-61 Cavalry in April, 2008. Thirteen months later, he was deployed to Afghanistan.

The unit was deployed to COP Keating, located in a constricted, bowl-shaped valley at the confluence of the Kushtowz and Landay Sin Rivers in the Kamdesh district of Nuristan Province. The COP had been established in 2006 to serve as a base for a provincial reconstruction team. A nearby observation point, OP Fritsche, was established to support COP Keating. It was equipped with 120mm mortars, and was located about a mile to the south.

“Those that selected the location of Outpost Keating should have received a quick trip to the adobe wall. Any basic trainee graduate with an IQ of over 70 would have seen the fallacy in that decision,” SOF Publisher Robert K. Brown said. COP Keating was slated for closure in 2009, largely due to the fact that outreach efforts by Afghan units located there had been ineffective. The decision to close the outpost meant that efforts to fortify it were not taken. In the time that B Troop, 3-61 Cavalry were deployed to COP Keating prior to 3 October, they faced 47 attacks, usually from indirect fire or small groups of insurgents. 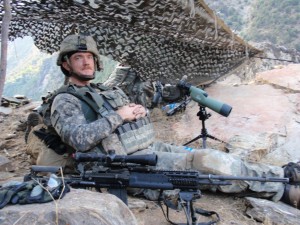 SIX MINUTES NOTICE OF AN ATTACK
According to the official narrative for SSG Carter’s Medal of Honor, at 0553 on 3 October, an interpreter warned the Soldier on guard duty that as many as 100 insurgents were planning an attack on the combat outpost. The soldier, PFC Justin Wong, passed the warning to the other soldiers.

Six minutes later, all hell broke loose as the insurgents launched their attack. It was described as being coordinated and complex, and OP Fritsche was also targeted. COP Keating was targeted from all four sides by insurgent fire with weapons like the DShK heavy machine gun and RPGs.

The Afghan National Army guards on the scene broke quickly, some fleeing to buildings in the American position. Early on in the fight, SSG Carter was running back and forth while under heavy fire to one battle position, delivering ammunition and lubricant for a .50-caliber machine gun to his fellow Soldiers.

THE POSITION IS HIT, SOLDIERS FALL 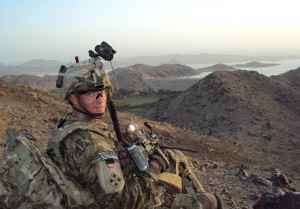 The intense fire soon forced the soldiers to take cover inside HMMWVs. The Soldiers kept firing until the insurgents fired a number of RPG rockets at their position. One of the rockets destroyed the .50 caliber machine gun, wounding Carter and two other Soldiers. But the worst was yet to come.

Three more Soldiers, Sgt. Joshua M. Hardt, Spc. Christopher T. Griffin and Pvt. Edward W. Faulkner, Jr., arrived to back up Carter and the others holding the south battle position. The HMMWV took eight RPG rockets. Hardt was badly wounded by one of the rocket blasts. As he tried to seek cover, he was cut down by machine gun fire.

MORE SOLDIERS FALL
Carter and Lawson engaged a group of insurgents who had made their way into COP Keating, killing two, wounding one and driving the rest back, preventing the mortar pit from being overrun. After that, Griffin and Faulker tried to make their way to the command post. They came under fire. Griffin was killed but Faulkner made it.

As that occurred, Carter and Larson were running low on ammo. Carter made his way back to the second HMMWV and retrieved an M249 SAW and an M203 grenade launcher. Upon discovering that the M249 only had about 50 rounds of ammo, Carter and Larson used that ammo in their M4s.

Using well-aimed shots, they kept the southern perimeter of COP Keating secure, killing at least four insurgents, including an RPG team. At around 0730, Carter noticed the wounded Mace crawling on the ground. He began to prepare to rescue his wounded comrade, even as Larson told him, “You’re no good to Mace if you’re dead.” 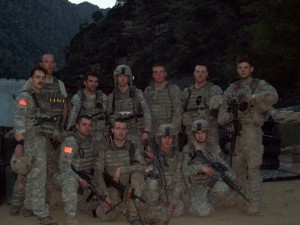 A DARING RESCUE
When Mace was hit by more insurgent fire, he called for help. Completely disregarding his own well being, and knowing that he would likely be killed, Carter decided to go after Mace. Dashing through a hail of insurgent fire, Carter reached Mace and applied a tourniquet to his leg. Carter then moved Mace to a more protected position and returned to the fighting position with Larson.

With no contact with the rest of B Troop and ammo again running out, Carter decided to try to reach the command post. As he made his way there, he found the body of Staff Sgt. Gallegos, and retrieved a radio. He was then able to get in touch with the rest of his unit and let them know about the situation to the south.

While Carter and Larson repelled a third attack, SSG Clinton Romesha and Sgt. First Class Hill were driving insurgents out of COP Keating near the meeting hall and opened an evacuation route. Carter then let Romesha and Hill know that they needed to evacuate Mace. Hill arranged for cover fire while Carter retrieved a litter. 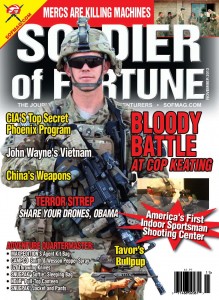 THE REST OF THE BATTLE
Carter would help move Mace to the aid station, where the badly wounded soldier would receive six blood transfusions. Mace would later die from his wounds at a hospital at Bagram Airfield. Carter, though, would serve as a sniper, helping the rest of the unit repel further attacks.

Reinforcements would eventually land at OP Fritsche, and from there link up with B Troop. The insurgents would retreat, having suffered over 150 dead and an unknown number of wounded. Coalition forces would later carry out further operations, killing a high-ranking Taliban officer. COP Keating was evacuated after the battle, and a B-1 bomber was sent to destroy the outpost to prevent the Taliban from getting anything of value.

Previous The Terminal List, SOF Interview with former Navy SEAL Sniper and author, Jack Carr
Next The Fierce Battle Of Vehicle Patrol Base Kahler: When All Hell Broke Loose