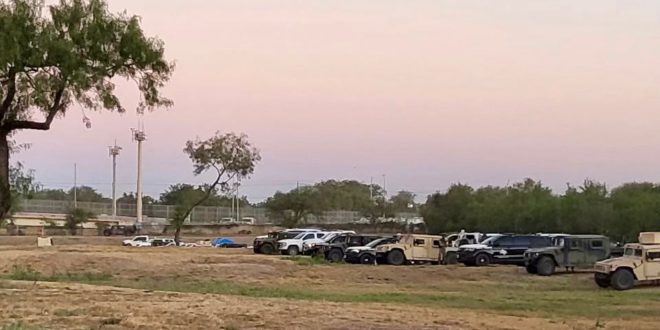 Along the southern border.

A Border Patrol agent in Texas died early on Wednesday after an accident while tracking people who crossed from Mexico into the U.S., according to a report in the Washington Examiner.

The accident involved the agent’s ATV, a spokesman for Customs and Border Protection told reporter Anna Giaritelli. The incident occurred around 1 a.m. on Dec. 7.

“A Border Patrol agent assigned to the McAllen Station patrolling the international boundary on an all-terrain vehicle was tracking a group of subjects that illegally crossed the border when he was involved in an accident near Mission, Texas,” CBP told Giaritelli. “He was found unresponsive by fellow agents, who immediately initiated life-saving efforts and requested EMS.”

The agent died after being taken to a nearby hospital.

Previous ‘Day of Infamy’ Pearl Harbor Commemorations Include Annual Ceremony of the Blackened Canteen
Next ‘The Phantom’ Fouled the Latrine; We Had to Find Him Before Sarge Flushed Us All Down the Toilet