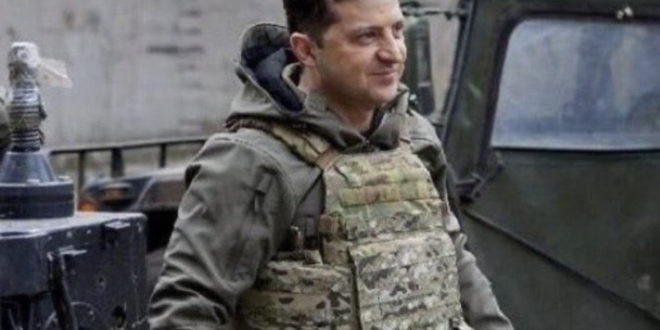 Call to Arms to Ukrainians, Warnings to Russian Fighters

“Absolutely all servicemen who have not yet received a raise this year will receive a 30% salary increase,”. the Ministry of Defense update and calls to arms for Ukrainian fighters. Those fighting on the Russian side are warned:

“Individually, I appeal to those knowingly collaborating with the Russian occupiers or who may have been misled by promises of “extra income”. Russian heartless beast has killed almost two hundred civilians in two days, including three children. Another 33 children were injured. In such circumstances, you may simply not be willing or able to be arrested alive. Give up your criminal intentions before it is too late.

“There is a special plea for residents of Ukrainian villages and small towns and anyone else who has a suitable case. If a convoy of Russian armoured vehicles passes you, a convoy with fuel follows it after a while. Stop or burn it. The Russian tanks just stop. Our troops capture them and use them against the enemy.

“Our defenders have destroyed the enemy’s plans. As of this morning, the number of Russian occupiers killed has exceeded 3,000. More than 200 interventionists are captured. The number of captives is increasing. They did not expect such a response and themselves.

“ Hundreds of armoured vehicles have been destroyed, including more than a hundred Russian tanks. Yesterday, seven helicopters were shot down by Stingers. The enemy is trying to change tactics. Russian troops are shelling residential areas, hospitals, and educational institutions. As the rapid offensive by large columns faltered, the sabotage-reconnaissance group and landing force began to be used more vigorously. Our army and Territorial Defence Forces are effectively disarming them. But the Territorial Defence Forces need help to act ahead. I appeal to everyone.

“There are artillery observes in Kyiv, Kharkiv and other cities who can target your homes or lay a road for the way for Russian troops. They are the eyes of the enemy. If you see suspicious persons setting up marks, tagging or failing to clearly explain their purpose for being in a specific place, detain them yourself or inform the Territorial Defence Forces. Detainees can be a source of helpful information.

“Thank my friend Mr. President of ???????? @RTErdogan and the people of ???????? for their strong support. The ban on the passage of ???????? warships to the Black Sea and significant military and humanitarian support for ???????? are extremely important today.”

Background: “Today, on 24 of February, at 5.00 AM the armed forces of the Russian Federation launched an intensive shelling of our units on east, delivered missile/bomb strikes on airfields in Boryspil, Ozerne, Kulbakino, Chuhuiv, Kramatorsk, Chornobaivka, as.”

Ukraine does not refuse to negotiate with the Russian Federation, but is ready only for a full-fledged negotiation process without unacceptable conditions and ultimatums, said Mykhailo Podoliak, an adviser to the head of the President’s Office.