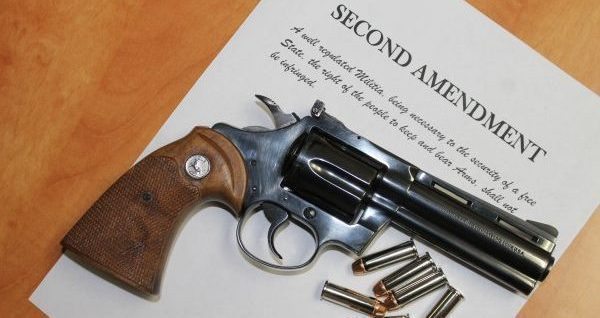 While critics warn that a new credit card merchant code could serve as a back-door way to form a national gun registry, at least one credit card company, Visa, has vowed to reject the system.

“Visa is firmly against this,” the company wrote in a statement.

The Geneva-based International Organization for Standardization approved in September a new merchant category code, or MCC, for banks to use when processing transactions for gun and ammunition stores. While the move from the overseas group was hailed by American gun-control advocates, others warned that the new codes are a back-door way to establish a private registry that the federal government is banned from creating.

“If banks and payment processors share their records with the government, that would be a major step towards the registration of all gun owners in America,” the NRA’s Institute for Legislative Action wrote in a statement.

Gun control advocates view the new MCCs as a way to track gun sales, and to use that as a tool to fight gun violence. Critics – and Visa – view the codes as intrusive overreach.

“That’s not what merchant codes are designed for, nor should they be,” Visa wrote.

Nor do the new codes deliver on the presumed promise. The pre-existing MCC codes are applied toward hundreds of categories, such as bookstores, beauty salons, and more. The codes only show a point of purchase. They do not show what specific products are bought at the stores. In the case of a gun store, the codes don’t specify if someone buys a bumper sticker, a weapon, or anything in between.

“When we process a transaction, we have no visibility into what items a consumer is purchasing,” Visa wrote.

The company prefers to keep it that way.

“We do not believe private companies should serve as moral arbiters,” Visa wrote. “Asking private companies to decide what legal products or services can or cannot be bought and from what store sets a dangerous precedent.

“Further, it would be an invasion of consumers’ privacy for banks and payment networks to know each of our most personal purchasing habits. Visa is firmly against this.”

The new system potentially could be tapped into for litigation, the NRA noted.

“Anti-gun groups will almost certainly use the new flagging system to create liability for any banks or payment processors who do business with the firearm industry,” the group wrote.

These groups could claim that a bank or payment processor is responsible when a firearm is used in a major crime, the group noted.

“The inevitable goal of such a campaign is to convince banks and payment processors to stop dealing with the firearm industry entirely by claiming that it is ‘too risky’ of an industry to be involved with,” the NRA wrote.

Payment processors are not required to use the new codes.