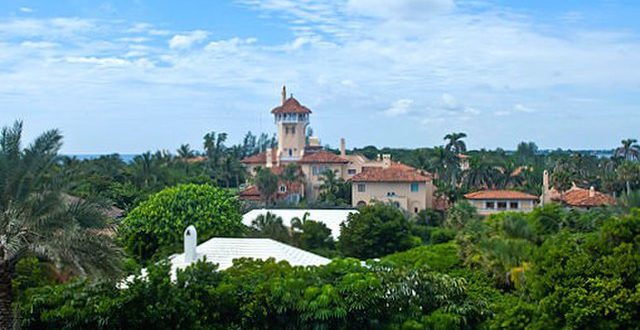 Did FBI Avert Unprecedented Faceoff With Secret Service at Mar-a-Lago, and Other Questions

The FBI raid on former President Donald Trump’s Mar-a-Lago compound has created an unsurprising firestorm, bringing outrage or glee from various opposing camps. So far, the raid has produced only speculation. The warrant that allowed more than 30 federal agents to search the Florida estate on Monday is sealed, sparking many questions and only sparse answers. Here are a few questions and takeaways from Soldier of Fortune.

Did the FBI avert a faceoff with the Secret Service?

Trump was not present when agents raided Mar-a-Lago. This, among other things, averted an unprecedented situation that could have become mired in confusion and chaos. If the Secret Service is present when armed and unfriendly federal agents approach a former president, what is the protocol? Do Secret Service agents continue to protect their charge? Do they hustle him off to safety? Do they allow the federal agents to approach? Whose authority would take precedence? The situation raises questions that for now remain hypothetical, because on Monday no one had to make the call.

What did Biden know, and when did he know it?

President Joe Biden’s press officer Karine Jean-Pierre said on Tuesday that the White House was not given advance notice about the raid.

“The president was not briefed, was not aware of it, no. No one at the White House was given a heads-up,” Jean-Pierre said. What precisely does that mean? That the White House didn’t know that this was in the works at all; or that it didn’t know it would happen at a specific time on Monday?

Did the FBI undermine its own raid?

Trump lawyer Lindsey Halligan told CBS News that she arrived at Mar-a-Lago during the raid, but was not allowed to go into the buildings. Neither were other Trump representatives. Halligan and the rest remained outside between the ballroom and the residence. This opens the FBI to charges that it acted improperly while agents were inside and unsupervised by anyone but themselves.

Events at Mar-A-Lago have placed Trump once again in the political forefront, eclipsing Biden’s ability to showcase his much needed political gains from the Inflation Reduction Act. The unprecedented raid prompted GOP potential rivals, such as Florida Governor Ron DeSantis and former Vice President Mike Pence, to rally to Trump’s defense. It gave others the opportunity to present themselves as focused and powerful. House Minority Leader Kevin McCarthy (R-Calif.) warned Attorney General Merrick Garland in stark language: “Preserve your documents and clear your calendar,” for an investigation under a presumed forthcoming Republican congress.

Other questions continue to surface. Such as, why did agents rifle Melania Trump’s clothes; and did they really, as Eric Trump says, refuse to produce the warrant? Unless the FBI quickly produces clear and reasonable answers, and solid justification for the raid, the speculative firestorm only will grow as the nation heads into the midterm elections.

Previous The Fight for Kherson: Ukraine Faces ‘Bottomless Supply’ of Russian Artillery
Next Alone Against the Taliban: Mad Dog Platoon and the Battle of OP Nevada