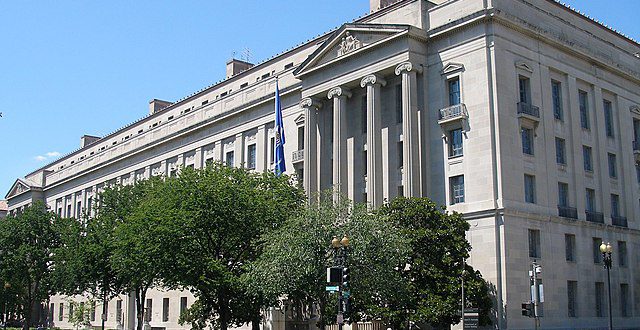 The Department of Justice

Merrick Garland’s Mar-a-Lago Warrant: Will Obscure Section of US Code Come Into Play?

The firestorm surrounding the FBI raid on former President Donald Trump’s Mar-a-Lago compound continued into Friday, following a newspaper report that federal agents had searched the property for documents concerning nuclear weapons. In addition to sending shockwaves through an already reeling political world, the report prompted questions from those who work with classified documents.

“If the documents were supposedly about U.S. nukes, this doesn’t make sense,” according to one government analyst.

“The most alarming suggestion is that Trump held onto nuclear access codes,” the analyst said. “But those codes get changed with each administration. So it’s not like he’s running around planning to launch a nuclear strike on his own. He can’t.”

“They don’t hide the nukes,” the analyst said. “They’re very public about where they are. Most of the information about the weapons we have is pretty much all in the public domain.”

When it comes to nuclear classification and declassification, the rules are specified in the U.S. Code of Federal Regulation. Some observers say they wonder if one obscure section in the code may come into play regarding the Mar-a-Lago raid.

Title 10, subsection 1045.46, “Classification by association or compilation,” in part reads as follows.

(b) RD classifiers may classify a document because a number of pieces of unclassified information considered together contain some added value such as completeness or comprehensiveness of the information which warrants classification.

In other words, observers say, unclassified individual documents in certain combinations can create a classified whole.

“It could explain things on all sides,” one government official said. “One of the challenges in getting a full explanation for what the raid is about is, the DOJ can say, well, that’s classified. If they used this subsection for the warrant, it will be easier to get information on at least one aspect of what they were looking for.”

It also would bolster Trump’s position that the “classified documents” claim is not true.

Events at Mar-A-Lago have placed Trump once again in the political forefront, eclipsing Biden’s ability to showcase his much needed political gains from the Inflation Reduction Act. The unprecedented raid prompted GOP potential rivals, such as Florida Governor Ron DeSantis and former Vice President Mike Pence, to rally to Trump’s defense. It gave others the opportunity to present themselves as focused and powerful. House Minority Leader Kevin McCarthy (R-Calif.) warned Attorney General Merrick Garland in stark language: “Preserve your documents and clear your calendar,” for an investigation under a presumed forthcoming Republican congress.

On Thursday evening, the Washington Post reported that the FBI searched Mar-a-Lago for documents potentially pertaining to nuclear weapons. Sources did not tell the Post “what type of information the agents were seeking,” nor if any documents were recovered.

Also on Thursday, Attorney General Merrick Garland confirmed that he had personally approved the search warrant, and is working to unseal it – a move Trump has said he supports.

Previous Alone Against the Taliban: Mad Dog Platoon and the Battle of OP Nevada
Next Plants You Can Eat in the Wild