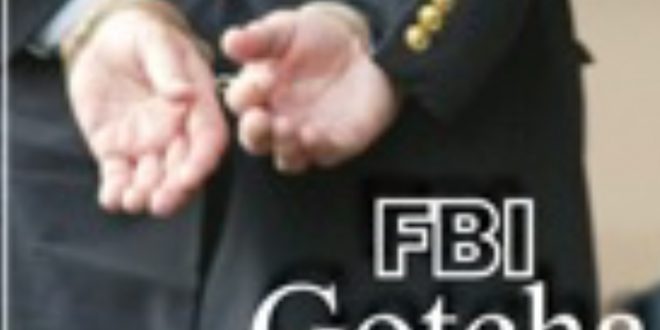 A former top counterintelligence agent for the FBI was freed on bail after being charged with secretly working for the very people he once investigated.

Charles McGonigal, 54, left Manhattan federal court on Monday on a signature bond – with no money up front – on a $500,000 personal recognizance pledge.

McGonigal’s attorney Seth DuCharme praised his client, and told reporters McGonical had experienced “a distressing day,” and that the legal team has “a lot of confidence in Mr. McGonigal.”

Federal counterintelligence agents said otherwise, telling Soldier of Fortune their community is reeling at the news that one of their own has been nabbed on charges of working for the very people he should have been most wary of.

“It boggles the mind,” one former intelligence officer said. “It’s a fresh reminder that the wilderness of mirrors is with us still.”

A former Special Agent in Charge of the FBI New York Counterintelligence Division, McGonigal was arrested on charges of secretly taking hundreds of thousands of dollars from a former Albanian spy and secretly working for a Kremlin-linked Russian oligarch he once investigated. He was arrested on Saturday along with a former Soviet and Russian diplomat.

McGonigal was the chief of counterintelligence for the FBI’s New York field office from 2016 to 2018.

According to court documents, McGonigal, 54, of New York City, and Sergey Shestakov, 69, of Morris, Connecticut, were charged in a five-count indictment unsealed on Monday in the Southern District of New York with violating and conspiring to violate the IEEPA, and with conspiring to commit money laundering and money laundering. Their work involved using shell companies and forged signatures, according to Justice Department officials.

“It’s hard to reconcile those types of accusations with the work we are trusted to do,” the former intelligence officer told Soldier of Fortune.

In a five-count indictment in New York, prosecutors allege that McGonigal, 54, and Sergey Shestakov, a former Russian diplomat and associate of oligarch Oleg Deripaska, investigated a rival Russian oligarch in exchange for receiving secret payments from Deripaska.

In a separate, nine-count indictment in Washington, McGonigal is accused of receiving at least $225,000 in cash from a former Albanian intelligence officer in exchange for promoting his business interests, without disclosing his relationship to the bureau. The former Albanian agent businessman is a naturalized U.S. citizen and lives in New Jersey.

The indictment alleges that McGonigal received three separate cash payments from the businessman in 2017 after the two traveled to Albania where McGonigal met with the country’s prime minister and urged him “to be careful about awarding oilfield drilling licenses in Albania to Russian front companies.” The former spy had a financial interest in the decision.

The former Albanian agent later served as an FBI confidential source in a criminal investigation of a U.S. citizen lobbying for an Albanian party. McGonigal supervised the investigation.

In a statement, Donald Alway, Assistant Director in Charge of the FBI’s Los Angeles Field Office, said McGonigal, “betrayed his solemn oath to the United States in exchange for personal gain and at the expense of our national security.”

“A senior FBI executive at the time, McGonigal is alleged to have committed the very violations he swore to investigate while he purported to lead a workforce of FBI employees who spend their careers protecting secrets and holding foreign adversaries accountable,” Alway said.

In the Deripaska case, prosecutors say that in 2021 McGonigal and Shestakov investigated an unnamed rival Russian oligarch in return for payments from Deripaska in violation of U.S. sanctions imposed on Deripaska in 2018.

The investigation focused on the rival oligarch’s interests in a large Russian company that both Deripaska and the other oligarch were contesting control over, among other things.

In an earlier scheme in 2019, McGonigal and Shestakov allegedly unsuccessfully tried to have the sanctions against Deripaska lifted, according to court documents.

Before retiring from the FBI in 2018, McGonigal led and participated in investigations of Russian oligarchs, including Deripaska, according to the Justice Department.

Shestakov was a Soviet and Russian diplomat before becoming a U.S. citizen and a Russian interpreter for U.S. federal courts and prosecutors, according to the Justice Department.

READ MORE about Russian intelligence activities inside the United States.

According to court documents, the duo tried to conceal Deripaska’s involvement in the investigation of his rival by using shell companies, not naming the businessman in communications and forging signatures.

In September, Deripaska, an aluminum magnate with suspected ties to Russian President Vladimir Putin, and three associates were indicted on charges of evading U.S. sanctions and obstruction of justice.

According to McGonigal’s LinkedIn profile, since 2018 he has been employed as senior vice president for safety for Brookfield Properties, a commercial real estate company.

A Brookfield Properties spokesperson declined to comment in response to a query from VOA, saying McGonigal left the company more than a year ago.

Court documents indicate that the investigation of McGonigal and Shestakov began more than a year ago, with FBI agents seizing their electronic devices in November 2021.

Seth DuCharme, a lawyer for McGonigal, did not respond to a request for comment. A lawyer for Shestakov could not be located.

Previous Nigeria Searches for Kidnapped Students in Latest Round of Abductions
Next Germany Okays Sending Leopard 2 Tanks to Ukraine, Drawing Ire From Kremlin