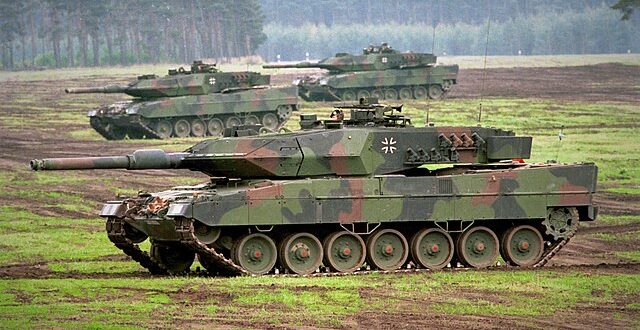 Germany will send Leopard 2 tanks to Ukraine and allow other countries such as Poland to do so, defense sources told Soldier of Fortune. The development was reported also in Germany, and brought a swift and unhappy response on Tuesday from the Kremlin.

“Such shipments do not bode well for the future of [Russian-German] relations,” Kremlin Spokesman Dmitry Peskov said. “They will, undoubtedly, leave and unavoidable mark for the future of these relations.” Russian-German relations are “already at a rather low point,” Peskov said, according to the state-run news outlet, Tass. “We do not observe any substantial dialogue with Germany or other EU, NATO countries.”

Berlin’s decision reportedly concerns at least one company of Leopard 2 A6 tanks that will be provided out of Bundeswehr stocks. The tank is widely recognized as the top of its kind. And yes, it really can balance a tankard of beer on its gun.

Germany initially was reluctant to give such tanks to Kyiv, or to sign off on third countries sending their Leopard tanks to Ukraine. Officials there had come under intense pressure from Ukraine and several NATO allies to allow the Leopards to be exported.

Other allies, in Scandinavia for example, intend to go along with Germany in supplying their Leopard tanks to Kyiv, Spiegel reported. In the longer term, more tanks could be restored to be fit for use, according to the magazine.

READ MORE about British armor being sent to Ukraine.