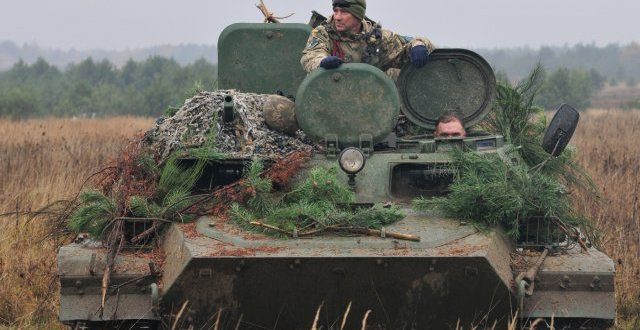 A former U.S. Marine was killed while fighting alongside Ukrainian forces as Russia launched new attacks in eastern Ukraine, shortly after two British citizens were detained at a checkpoint inside the country.

Willy Joseph Cancel, 22, was working with a private military contracting company when he was killed on Monday, and he is the first known U.S. citizen to die while fighting in Ukraine.

Cancel signed up to work for the private military contracting company shortly before the war in Ukraine broke out at the end of February, Cancel’s mother Rebecca Cabrera told CNN in a phone interview. When the war began, the company began recruiting contractors to fight in Ukraine, and Cancel agreed to go, Cabrera said.

“He wanted to go over because he believed in what Ukraine was fighting for, and he wanted to be a part of it to contain it there so it didn’t come here, and that maybe our American soldiers wouldn’t have to be involved in it,” she said.

A State Department official told CNN they are “aware of these reports and are closely monitoring the situation.”

The news followed reports that two British volunteers helping to provide humanitarian relief in Ukraine had been detained by the Russian military at a checkpoint south of Zaporizhzhia.

The British non-profit Presidium Network said the two men, both civilians, were working independently as part of a project in Ukraine to provide food, medical supplies and evacuation support.

Dominik Byrne, Presidium Network’s co-founder, said the men had gone missing on Monday after going into Russian-held territory where they were planning to help evacuate a woman.

British trade minister Anne-Marie Trevelyan told Sky News, “The Foreign Office is doing all it can to support and identify these two people.”