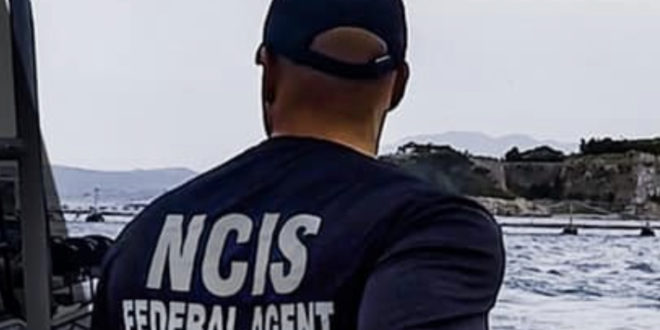 Former U.S. Navy Capt. to the slam for trading Military secrets for sex …in the Fat Leonard scandal

The guilty pleas pile up as the fraud and bribery investigation has resulted in federal criminal charges against 34 U.S. Navy officials, defense contractors and the GDMA corporation. The Defense contractor Singapore-based Glenn Defense Marine Asia company has been on the scene for over 25 years.

“We rstarted sending a lot of our best people out there – the commodores, air wing commanders, one-stars – and now look at what we’ve got,” the officer told USNI News.
“Now, it’s the kiss of death.”

SAN DIEGO – Former U.S. Navy Captain Donald Hornbeck pleaded guilty in federal court today to bribery charges, admitting that while he directed the operations of all combatant ships in the Seventh Fleet, he accepted at least $67,830 in extravagant dinners, hotels, parties and prostitutes from foreign defense contractor Leonard Francis in exchange for breaching his official duty to the U.S. Navy.

According to his plea agreement, Hornbeck admitted that he corruptly used his official position to benefit Francis, the owner and CEO of Singapore-based Glenn Defense Marine Asia, a ship husbanding company that serviced U.S. Navy ships in the Asia Pacific region.  He admitted that he endeavored to send Navy ships into ports serviced by GDMA; shared confidential Navy information with Francis in order to help GDMA; and helped with evaluating and indoctrinating potential new Navy members to help Francis.

Hornbeck was one of nine members of the U.S. Navy’s Seventh Fleet indicted by a federal grand jury in March 2017 for conspiring with Francis and for receiving bribes.  Hornbeck is the fourth of the Seventh Fleet defendants to plead guilty.  The remaining defendants – who are accused of conspiring to trade military secrets and substantial influence for sex parties with prostitutes and luxurious dinners and travel, among other lavish things of value – include U.S. Navy Rear Admiral Bruce Loveless; Captains David Newland, James Dolan and David Lausman; and Commander Mario Herrera. Trial is scheduled for February 28, 2022.

The overarching fraud and bribery investigation has resulted in federal criminal charges against 34 U.S. Navy officials, defense contractors and the GDMA corporation. So far, 29 of those have pleaded guilty, admitting collectively that they accepted millions of dollars in luxury travel and accommodations, meals, lavish gifts, or services of prostitutes, among many other things of value, from Francis in exchange for helping GDMA win and maintain contracts and overbill the Navy by over $35 million.

“While scores of Navy officials were partying with Leonard Francis, a massive breach of national security was in full swing,” said U.S. Attorney Randy Grossman. “Today another participant has admitted that he lost his way, allowing greed to replace honor and duty as the driving force in his life. This is a day of reckoning for a captain who traded his honor and integrity for material pleasures.”

“Mr. Hornbeck abdicated the standards, responsibilities, and ideals required of a senior U.S. Navy officer over a multi-year period solely to enrich himself and others by willfully facilitating a corrupt Navy contractor’s years’ long fraud against the U.S. Government,” said Kelly P. Mayo, the Director of the Department of Defense Office of Inspector General, Defense Criminal Investigative Service (DCIS).  “DCIS will continue to work unrelentingly with its law enforcement partners to mitigate corruption from within the Department of Defense and its contractors. This investigation demonstrates the American taxpayer, the Department of Defense, and the national security interests of the United States deserve better.”

“Mr. Hornbeck betrayed his oath to the Navy and deserves to be held fully accountable for his criminal actions to accept lavish gifts from Mr. Francis in exchange for influencing ship schedules in favor of ports that Mr. Francis preferred and otherwise prioritizing the business interests of GDMA and Mr. Francis over those of the Navy,” said NCIS Director Omar Lopez. “NCIS and our law enforcement partners are steadfastly committed to rooting out bribery and corruption that wastes valuable U.S. taxpayer money, damages the integrity of the United States Navy, and undermines the public trust.”

The U.S. Navy’s Seventh Fleet represents a vital piece of the United States military’s projection of power as well as American foreign policy and national security. The largest numbered fleet in the U.S. Navy, the Seventh Fleet is comprised of 60-70 ships, 200-300 aircraft and approximately 40,000 Sailors and Marines. The Seventh Fleet is responsible for U.S. Navy ships and subordinate commands that operate in the Western Pacific throughout Southeast Asia, Pacific Islands, Australia, and Russia and the Indian Ocean territories, as well ships and personnel from other U.S. Navy Fleets that enter the Seventh Fleet’s area of responsibility.

According to his plea agreement, Hornbeck admitted to receiving the following bribes from Francis:

Hornbeck is scheduled to be sentenced on September 8, 2022 before U.S. District Judge Janis L. Sammartino.