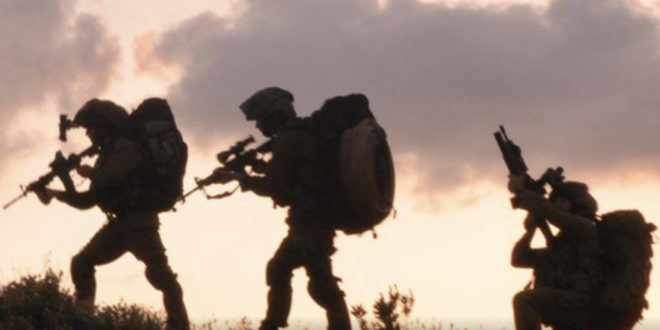 In August 1990, current Israeli PM Naftali Bennett was inducted into Sayeret Matkal, the Israel Defense Forces’ elite special-operations force. The team’s grueling process end goal is that of becoming a full-fledged member of “the Unit” according to Hareetz

After the officers’ school, Bennett became a squad commander in the elite unit, Maglan. In an interview with Yedioth Ahronoth at the time, Bennett said: “We had tremendous successes in Lebanon. We eliminated dozens of terrorists using new and surprising methods, which Hezbollah was unable to cope with.”

In the Maglan, he pushed for more missions across the northern border. According to one of his soldiers at the time, when he wants something, he gets it. The words of the Maglan anthem – which Bennett wrote – describe its fighters as “devouring the prey,” while focusing on the mystery and secrecy that shroud their operations, the Haaretz

The Maglan unit (212) is a commando unit whose mission is to operate deep in enemy territory while focusing on attacking and destroying specific targets and gathering accurate intelligence. Maglan was established in June 1986 as an elite unit specializing in anti-tank warfare using advanced weapons. It is a part of the Commando Brigade.

The unit also has an advanced weapons development division whose mission is to find creative solutions and technological innovations in accordance with the operational needs and the classified activities of the unit.

The unit was named after the ibis bird, which also appears on the unit’s pin. The first commander of the unit, Lt. Col. (ret.) Danny Herman, said: “This bird was very rare in Israel, but it was welcomed and began to nest in it, meaning that it managed to adjust to life here and integrate into the growing country.”

The establishment of a special unit is one of the ways in which the IDF deals with an existing or evolving operational challenge for which an appropriate response not yet been found, particularly within the framework of routine security operations. These units enable systemic learning by breaking out of existing frameworks. Alongside the expected impact of these units on operational issues, their influence on the learning of the entire IDF is also desirable, even if unconscious.

Their effect can be observed at three levels: conceptual, doctrinal and ethical. The conceptual level is reflected in the development of new approaches to combat, and in shattering existing conceptual frameworks. The doctrinal level is an open level of developing tactical and techno-tactical combat techniques. The ethical layer is linked to the development of a combat and command ethos, and here too these units have influence.

These units typically developed organizational cultures that deviated from conventional military orders and procedures. This culture assisted in breaking boundaries, and helped develop combat methods and values that diverged from existing concepts: The establishment of “select” units constitutes an antithesis to military conservatism. These units develop operational, organizational and moral cultures that often do not comply with military orders and regulations. This organizational culture is reflected in the breaking of boundaries, values and combat norms […] the secret power of a select unit is in avoiding routine, in vibrant creativity and a rapid connection between thought and action […] the experiences of Haruv, Shaked and Egoz demonstrate unequivocally the need to establish combat units that would meet the army’s combat needs in limited confrontations and in routine security.[24]

Previous Former U.S. Navy Capt. to the slam for trading Military secrets for sex …in the Fat Leonard scandal
Next ISIS Leader Who Blew Himself Up During U.S. U.S. Special Operations Long-range Helicopter Raid Was ‘Evil’