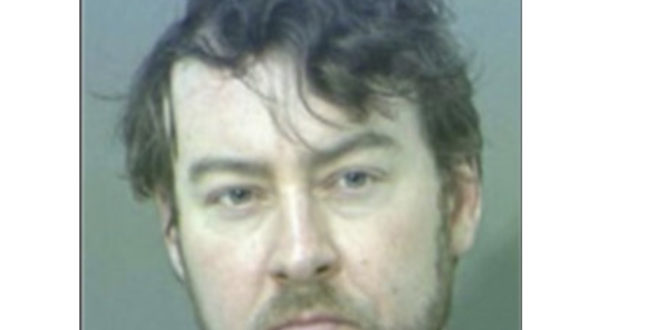 I am a Special Agent with the United States Forest Service (the “USFS”), and have been for three years. Prior to this, I was a USFS Law Enforcement Officer for nearly eight years. I am currently assigned to the Shasta-Trinity National Forest; however, I periodically investigate crimes on other National Forests such as the Lassen National Forest. I am authorized, and presently assigned, to investigate and enforce violations of federal law that affect national forest lands, including willfully setting fire to any timber, underbrush, or grass upon lands owned by the United States, in violation of 18 U.S.C. § 1855.

Based on the facts set forth below, I submit that probable cause exists to believe that violations of 18 U.S.C. § 1855 (the “specified federal offense”), with respect to the “Ranch Fire” in Lassen County, California, was committed by GARY STEPHEN MAYNARD who agents have observed living out of his vehicle, which is a black 2012 Kia Soul displaying California license plate 6XBA609.

On July 20, 2021, at approximately 9:45 a.m., a wildland fire was reported by a mountain biker in the Sand Flat area on the western slopes of Mt. Shasta. I spoke with this mountain biker who advised that he had smelled smoke while riding his bike. The mountain biker eventually spotted the fire burning along the forest floor several hundred feet from the dirt road. This fire was later designated as the Cascade Fire. This mountain biker and a fellow mountain biker were very concerned and jumped into action by stomping along the edge of the ground fire and digging around its perimeter in efforts to prevent its spread. The mountain biker also called 911 to report the wildfire. At approximately 10:25 a.m., firefighters arrived on scene. The actions of the mountain bikers and final suppression efforts of the firefighters prevented the Cascade Fire from developing into a large-scale wildfire and was ultimately contained to an approximate 100-200 square feet area of burned vegetation. The Cascade Fire occurred on federal lands designated as the Shasta-Trinity National Forest within the Eastern District of California.

After meeting with Witness 1, I proceeded to examine the location where the SUBJECT VEHICLE had been photographed by Inv. Murphy in its stuck position within the rough roadbed. During my examination of this location, I noticed a small burned area on the ground just a few feet off the road. The small burned area consisted of burnt sticks and burned material that was consistent with newspaper. I could still see what looked to be newspaper print on some of the partially burned pieces. The small ground fire had been set along the forest floor and the ashes and the burned paper was still fluffy and grey which indicated that the fire had not been extinguished with water. Instead, the fluffy ash and fine pieces of paper were still in-tact, indicating that the fire had burned out on its own. There was no evidence of a campfire or a campfire ring; the small fire had been set directly on the uncleared forest floor along the road where the SUBJECT VEHICLE had been recently positioned.

The two small ground fires were each determined to be acts of arson and, indeed, classified as two additional arson fires. During my examination of this location, I also located a wooden match on the ground at the location where the SUBJECT VEHICLE had been stuck. The match head was still in-tact, indicating that this particular match had not been used.

I also arrived on scene of the Everitt Fire. This was the second wildland arson fire in less than twenty-four hours on Mount Shasta near the Everitt Memorial Highway. After visiting the scene and examining the area, I concurred that the ignition of this fire was not only suspicious, but once again consistent with arson.

A lengthy investigation to prove the suspects identity followed for multiple fires, to include video and cell over actions through the districts where the fires started. All tied to the suspect. All trails led to suspect Maynard, his auto, his computer, his cell phone.

Lassen County Sheriff Deputy Steven Lawton booked MAYNARD in to the Lassen County Jail for violating California Penal Code 409.5, unauthorized entry into a closed emergency area. Later that evening, Deputy Lawton advised MAYNARD that a felony charge of arson (California Penal Code 451) was being added. At that point, Deputy Lawton advised me that MAYNARD became enraged and began kicking the jail cell door and screamed, “I’m going to kill you, fucking pig! I told those fuckers I didn’t start any of those fires!”