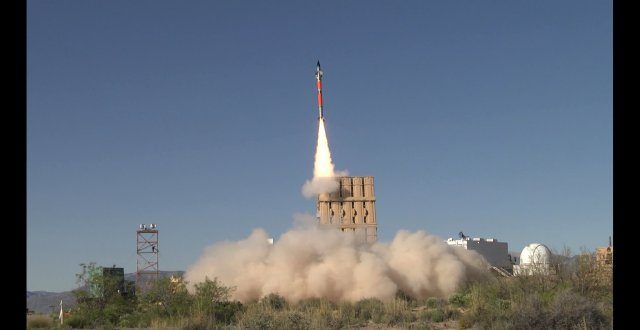 “This is the world’s first energy-based weapons system that uses a laser to shoot down incoming UAVs, rockets & mortars at a cost of $3.50 per shot,” Bennett wrote on Twitter when announcing the test.

“It may sound like science fiction, but it’s real,” Bennett wrote.

Footage of the successful tests shows the system firing beams at a rocket, a mortar, and a drone in Israel’s Negev desert.

The new system will not replace the iconic Iron Dome defense system or any of Israel’s other aerial defenses, the country’s Defense Ministry said. Instead, the Iron Beam will bolster the Iron Dome and other systems, shooting down smaller projectiles while the missile-based systems target larger ones.

Previous The Easter Rising of 1916 Paved the Way For the Independent Irish Republic
Next Russian Soldiers Refusing to Fight in Ukraine: ‘It’s Becoming Systemic’