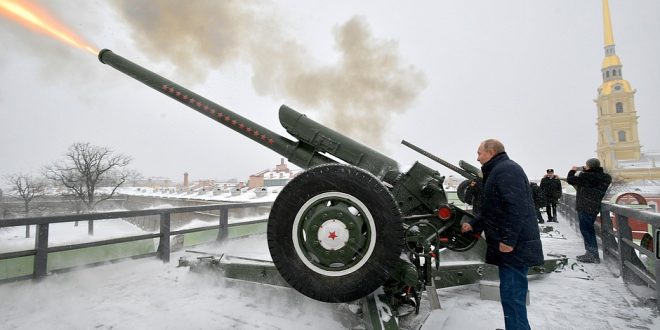 In an indication of where Moscow is directing its efforts in Ukraine, a Kremlin spokesman on Friday said that a top priority task is to eliminate “nationalist battalions.”

“The main task is to liberate [Ukraine] from these nationalist battalions after all,” Kremlin Spokesman Dmitry Peskov said. “The operation continues and the tasks that have been set are well known. They must and will be accomplished. There must be no doubts about that.”

The statement seems to signal that Moscow will direct its efforts against Ukrainian forces in Donbas, and against the Azov Battalion that Moscow claims is “nationlist.”

The comment also could be read to mean the entire military of Ukraine, observers note.

Continued Peskov: “However, in those places where nationalist battalions are engaged in what I spoke about, there is fierce struggle and all of them must be eliminated there.”

Russian President Vladimir Putin said in a televised address on February 24 that he would launch “ a special military operation” in Ukraine. The war has continued since that date.