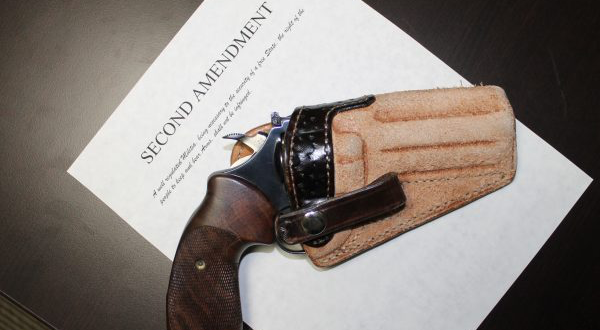 Two gun rights advocacy groups have taken legal action against a New York law regarding concealed carry of firearms inside the state.

The Gun Owners of America (GOA) and Gun Owners Foundation (GOF) re-filed a federal lawsuit in the Northern District of New York over the so-called Concealed Carry Improvement Act, which took effect Sept. 1. Several additional plaintiffs who are willing to break the law or are currently in violation have joined the Sept. 20 lawsuit, which was originally filed on behalf of a GOA member from Schenectady County.

Several New York leaders offered comments claiming this law was fully in line with the Constitution and Supreme Court precedent, despite Judge Glenn Suddaby’s clear indications that this law was patently unconstitutional—statements which the judge offered in his opinion that denied GOA’s request for a preliminary injunction on standing grounds.

The law is “egregious,” according to GOA Senior Vice President Erich Pratt. The law leaves New Yorkers at a complete disadvantage to the growing criminal element across New York City and the entire state,” he said in a statement.

The lawsuit names New York Governor Kathleen Hochul and other officials as defendants.