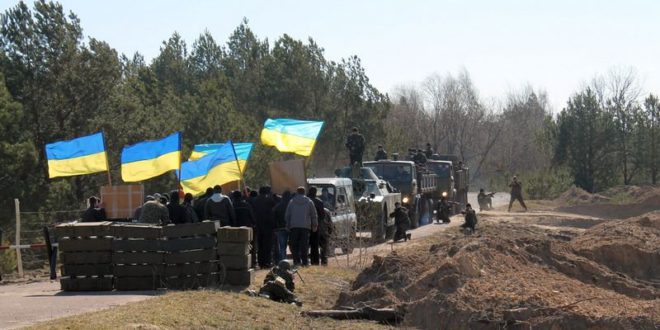 A Ukrainian counter-offensive has forced Russia out of key eastern positions they had taken months to occupy.

Former U.S. Army Major John Spencer, now Chair of Urban Warfare Studies at the Madison Policy Forum, has explored the secrets to the success. Spencer, who has appeared previously in Soldier of Fortune, explained his findings to an interviewer for the British armed forces.

“For weeks in late July, early August, we saw the Ukrainian forces isolate the city of Kherson,” said Mr Spencer.

Alongside kinetic efforts, Ukrainian President Volodymyr Zelensky made public announcements detailing his intent to make the southern city the first to be liberated since the start of the war in February.

Russia responded by moving forces from the northeast to the south, leaving an area of vulnerability – or opportunity – on the outskirts of Kharkiv.

“The Ukrainians, without anybody knowing, with some amazing levels of operational security and secrecy, had been preparing and had been watching, clearly with superior intelligence.”

Ukraine had ‘fixed’ Russia’s frontline, aware of its location and weakened health thanks to deep strikes against ammunition depots, and the time to strike arrived.

Punching in behind enemy lines with smaller, faster, wheeled and often civilian vehicles, Ukraine was then able to set ambushes, report enemy movement and use said vehicles as ambulances.

This is called Light Strike, and Mr Spencer believes the wisdom was imparted by Western forces but perfected by Ukraine in the counter-offensive.

“This wasn’t checkers, it was three-dimensional chess,” said the expert, likening the intelligence-driven attack to an evolution of the Blitzkrieg method.

Once the line is penetrated, heavier units can join to exploit it.

Ukraine demonstrated a mastery of combined arms, the art of joining up military fires from artillery to infantry to armour and so on, while Russia in the same locations has failed to do so.

Essentially, achieving the goal of retaking land involved far more than just light vehicles at any given time.

To consolidate the gains made, new arms combinations such as “counter-drone” and “counter-battery” could be used, says Mr Spencer.

To defend the large swathes of liberated land with smaller forces, key defensive positions in connected city hubs like Izyum must be used to fight off hordes of Russian troops with number advantages.

Dangers of the counter-offensive

The retired Major touched on three key concerns with the counter-offensive.

The first is the “tempo” of the push – he hopes smart planning ensures troops don’t go too far too fast, becoming disconnected from logistical supply lines and encircled by Russian forces.

Second is fatigue. Personnel health, sleep, munition levels and must be monitored hour-by-hour with consistent reports, with room to stop and regroup as days go on behind enemy lines.

Finally, the ‘Black Swan’ factor. This is the term used to describe unforeseen, unpredictable events that could have severe consequences for operations. Thorough planning is being strongly recommended to allow for as much adaptation as possible in light of these circumstances, to avoid a dangerous scramble.