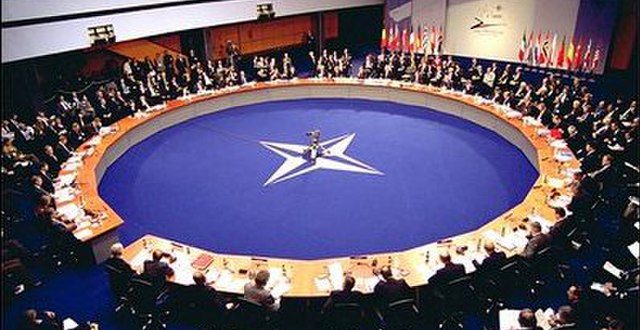 An explosion in eastern Poland near the Ukrainian border was “likely caused by a Ukrainian air defense missile fired to defend Ukrainian territory against Russian cruise missile attacks,” NATO Secretary General Jens Stoltenberg said, prompting Ukrainian officials to ask to be part of an additional inquiry.

Reports of Russian missiles hitting Poland created ripples throughout NATO and around the world, prompting emergency meetings to address the situation.

Speaking to reporters in Brussels on Wednesday after a meeting of the North Atlantic Council, Stoltenberg said all NATO allies agreed with the assessment, which was based on preliminary analysis, and that an investigation was ongoing.

“But let me be clear: this is not Ukraine’s fault,” Stoltenberg said. “Russia bears ultimate responsibility as it continues its illegal war against Ukraine.”

Oleksiy Danilov, the secretary of the National Security and Defense Council of Ukraine, said on Nov. 16 that Kyiv wanted a joint study of the incident with its Western partners and to see the information that provides the basis for its allies’ conclusions.

“We are advocating a further, as detailed as possible study of this incident together with our partners. We are ready to hand over to our partners the evidence of the Russian trail that we have,” Danilov said.

“We also expect information from our partners, on the basis of which a final conclusion was made that it is a Ukrainian air defense missile,” he added.

Ukraine has also requested immediate access to the site of the explosion, he said.

“We remain completely open to a comprehensive study of the situation and agreement on conclusions based on the entire set of available data,” Danilov said.

At NATO, Stoletenberg said the best way to prevent a similar incident in the future is for Russia to stop its fighting in Ukraine.

He declined to provide additional details when asked if a Ukrainian missile had actually intercepted a Russian missile in the area or if fragments from a Russian missile were found on the ground. Stoltenberg told reporters NATO would later decide how much to reveal from its investigation.

Polish President Andrzej Duda also said Wednesday there was “nothing to suggest” an intentional Russian attack against his country.

“Ukraine’s defense was launching their missiles in various directions and it is highly probable that one of these missiles unfortunately fell on Polish territory,” Duda said.

Two people were killed in the strike from unidentified missiles, officials said.