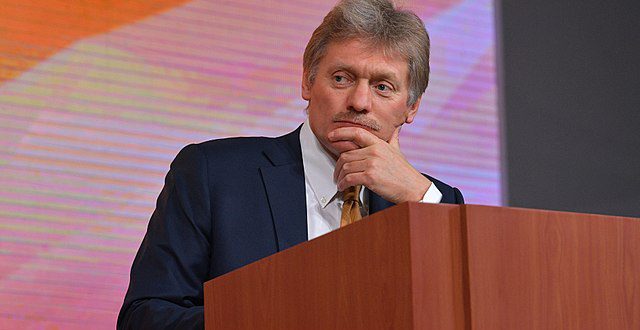 Moscow Describes Captured Americans as ‘Prisoners of War’, but Says They Are Not Protected by Geneva Conventions

The Geneva Conventions governing the treatment of people in wartime does not apply to Americans who were captured in Ukraine, Kremlin spokesman Dmitry Peskov said.

Additionally, Moscow cannot guarantee that Americans captured in Ukraine will be spared the death penalty, he said.

“I cannot guarantee anything. It depends on the investigation,” Peskov said.

Peskov made his remarks on Tuesday during a briefing with journalists and in a televised interview with NBC.

In a seeming contradiction to the remarks about the Geneva Conventions, Moscow’s government owned news agency, TASS, described the missing Americans as “prisoners of war.” Under that designation, the men would be protected by laws enacted by the Third Geneva Convention, governing fighters who are captured in wartime.

The Geneva Conventions are a series of protocols regarding the conduct of war, and addressing the humane treatment of people in wartime.

The two captured Americans, veterans from Alabama, disappeared while in Ukraine to help defend against Russian forces. The men – Alexander Drueke, 39, and Andy Huynh, 27 – surfaced in an undated video on Friday, speaking in English and Russian.

“My name is Alexander Drueke, I am against war,” Drueke says in the video. He repeats the phrase in Russian, “Ya protiv voyny,” meaning, “I am against war.”

Russian state-sponsored journalists on Friday said that the captured men spoke to them from a detention facility in the Russian-controlled sector of Donbas. The RT news outlet published comments attributed to the captured men, warning other foreign fighters to stay home.

Previously, Britons Aiden Aslin and Shaun Pinner and Moroccan national Brahim Saadoun were sentenced to death by a pro-Moscow separatist court inside the Donetsk region of Ukraine.

Peskov on Tuesday said that any death penalty decision regarding the captured Americans will be settled by the courts, and not by the Kremlin.

Previous Azov Commanders Being Held Inside Notorious Lefortovo Prison, Moscow Says
Next ‘We’re Not Going to be Scared Away’: Journalists Threatened With Arrest While Digging Into Police Response During Uvalde Massacre