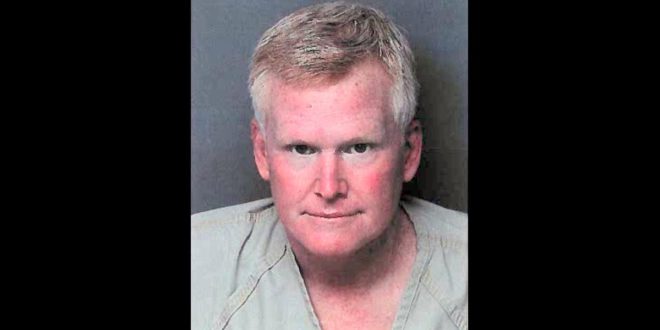 The convoluted saga of South Carolina’s Murdaugh family has drawn considerable attention over the past year for many reasons – among them, that two guns were used in one murderous incident. According to documents released last week, lawyer Alex Murdaugh was indicted for shooting to death his wife Maggie with a rifle, and son Paul with a shotgun.

The weapons – and the entire Murdaugh family chronicle – have offered plenty of rabbit holes for the news-consuming public to get lost inside. To me, a journalist who has covered security issues including espionage and more than 60 major murder cases, the saga has one particularly intriguing pathway. One that prompts me to ask this question: Why did the incarcerated Alex Murdaugh press son Buster to hunt the very property where family members were murdered?

Murdaugh, 54, insists he is innocent in their deaths. “Alex wants his family, friends and everyone to know that he did not have anything to do with the murders of Maggie and Paul. He loved them more than anything in the world,” Murdaugh’s attorneys, Dick Harpootlian and Jim Griffin, said last week in a statement.

South Carolina’s Colleton County Grand Jury believes otherwise, and charged Alex Murdaugh with two counts of murder and two counts of possession of a weapon during the commission of a violent crime.

The Murdaugh family saga is so complex and so filled with bizarre elements that it only can be summarized via old school deep dive reporting. A number of media outlets have posted recaps and updates, but the most thorough account, in my view, comes from journalist Mandy Matney, whose podcast has chronicled the twists and threads of what happened to Maggie, Paul, and others who met untimely deaths or who suffered financial loss after encountering the Murdaugh family.

Which brings me to the question about the jailhouse conversations.

In her reporting, Mandy Matney obtained recordings of some of Alex Murdaugh’s phone calls from behind bars. In her June 29 podcast, Matney played excerpts from an October 30, 2021 phone call between Alex and his surviving son, Buster. At the time, Alex had not yet been indicted for murder, and was being held on other charges.

During the conversation, Alex suggests that Buster go hunting at Moselle, where Maggie and Paul had been slaughtered some three months previous. Here’s a partial transcript.

Alex: Let me tell you what you ought to do, Buster. I think the damn feeders were full over there at Moselle if you felt like going back there. I bet with nothing going on, I bet there’s deer all over them things.

Buster: I’m not going huntin’ out there.

As Matney points out, Alex presses Buster to “hunt” on the property. The next portion struck me as odd, and made me wonder what actually was being discussed.

Alex: I wanted to tell you this. I just remembered this. You know, they replanted those sunflowers. Do you have any interest in hunting that field?

Alex: [garbled] to call you if we hunt? Well, I should be out by then.

Buster: What? Let him hunt deer out there? Or what are you talking about?

Alex: No, I’m talking about, I didn’t know if you wanted to hunt doves out there. And if you do, then I want you to do it. If not, then I’m gonna let him do it.

Buster: He knows how to facilitate a dove hunt?

Buster: So he knows how to facilitate a dove hunt?

Alex: Well, I mean, you know, I don’t think it would be… I hadn’t really… I don’t know. [garbled] Do you want to dove hunt out there?

Alex: Not at all?

Perhaps this all is straightforward jailhouse talk, and perhaps I am reading too much into it. But the security journalist in me wonders if other meanings are attached. I find it interesting that in October 2021, not long after Maggie and Paul were shot to death, Alex Murdaugh would push his grieving son, Buster, to hunt the property where his own mother and brother were killed.

Did Alex want Buster to find something? Did he want an unwitting Buster to seed the ground with more shell casings, perhaps to obscure or diminish other evidence at the scene? Perhaps Alex genuinely wanted Buster or Jim to hunt for game at Moselle. Even so, why was it pressing enough that he used up valuable phone time to discuss it from jail?

Attorneys for Alex Murdaugh did not immediately respond to Soldier of Fortune.

In the coming months, the Grand Jury likely will explain why it believes Alex Murdaugh murdered Maggie and Paul, using two different guns.

Other questions, including those about motive, the sequence of events surrounding the murders, and the game-hunting issue, may take far longer to resolve.

Previous On the Ground With Artillery Battery in Donbas: The ‘Deep Fight’ Intensifies
Next Inside the British Army’s New Tricked-Out Apache Helicopter